It was the first large-scale event hosted by the Biden administration and one that IAM Local 1406 member Brent Sletten won’t soon forget. On July 4, 2021, Sletten and his wife, Tricia, were one of the 1,000 military personnel and essential workers invited to a BBQ held on the White House lawn to celebrate America’s birthday and the country’s return to near-normalcy in a post-pandemic world.

“It was definitely the invite of a lifetime,” said Sletten. “It was very cool. I just sat back and tried to soak it all in.” 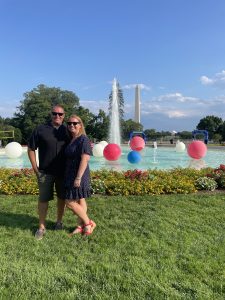 Sletten has 24 years under his belt working for GE Datex-Ohmeda in Madison, WI. He was one of the working class machinist heroes who during the pandemic put his life on the line to build anesthesia, respiratory and infant care machines during the height of the COVID-19 outbreak, used around the world to save lives. That’s why his local was chosen to take part in the cookout, to thank these frontline workers for what they did to help save this country. Sletten said he was honored and grateful to be elected to represent the Machinists Union at the event but wishes his entire crew was there too.

“There was no one-man band in the shop,” explained Sletten. “It was just amazing that out of 450 or 500 people working during the pandemic, there were no squabbles or arguments. Everyone just kept a level head and got to work. They were there just to get it done, put that seal on the box and ship it out. That was amazing”

What made the Washington, D.C. trip even more significant for Sletten was that it came just days after Local 1406 finished negotiating another five-year agreement with the company which gave members and their families wage increases, managed health care premiums and an appreciation award for the long hours and work performed by the membership during the pandemic.

“I cannot speak highly enough of the dedication to the work performed and solidarity found amongst the members of Local Lodge 1406,” said IAM District 10 Directing Business Representative Alex Hoekstra. “The overwhelming solidarity of the membership allowed the negotiating committee to fight through tough negotiations and secure a new long term agreement.”

“It is exciting to see Brent and the members of Local Lodge 1406 being recognized and appreciated by the leaders of this great nation for the work they performed as front line workers during the pandemic,” said IAM District 10 Business Representative Joe Terlisner. “The work the members and other frontline workers performed over the course of the last year will not be forgotten.”

As a member of the negotiating team, Sletten said he was proud of the work done at the table and in t

“The good part was that for the first time in my 24 years and seven contracts at GE, the shop was more active in the negotiating process than I have ever seen and that was just amazing,” said Sletten.

IAM Midwest Territory General Vice President Steve Galloway is thrilled these frontline workers were recognized by the White House and proud of what they were able to accomplish at the bargaining table for working families in Wisconsin.

“IAM members at Local 1406 answered the call and put everything on the line when our country needed them the most,” said IAM Midwest Territory General Vice President Steve Galloway. “This core value of taking care of each other carried through into the bargaining process where their solidarity sent a powerful message to the company that they deserved better, which ultimately helped them bring home a strong IAM contract. It’s great to see their fortitude and courage being celebrated on the shop floor and all the way to the White House.”

Sletten says he appreciates this amazing opportunity, but at the end of the day, it won’t change the way he operates.

“I am here to get it done and do what’s right for the membership. That’s all I want to do,” said Sletten. 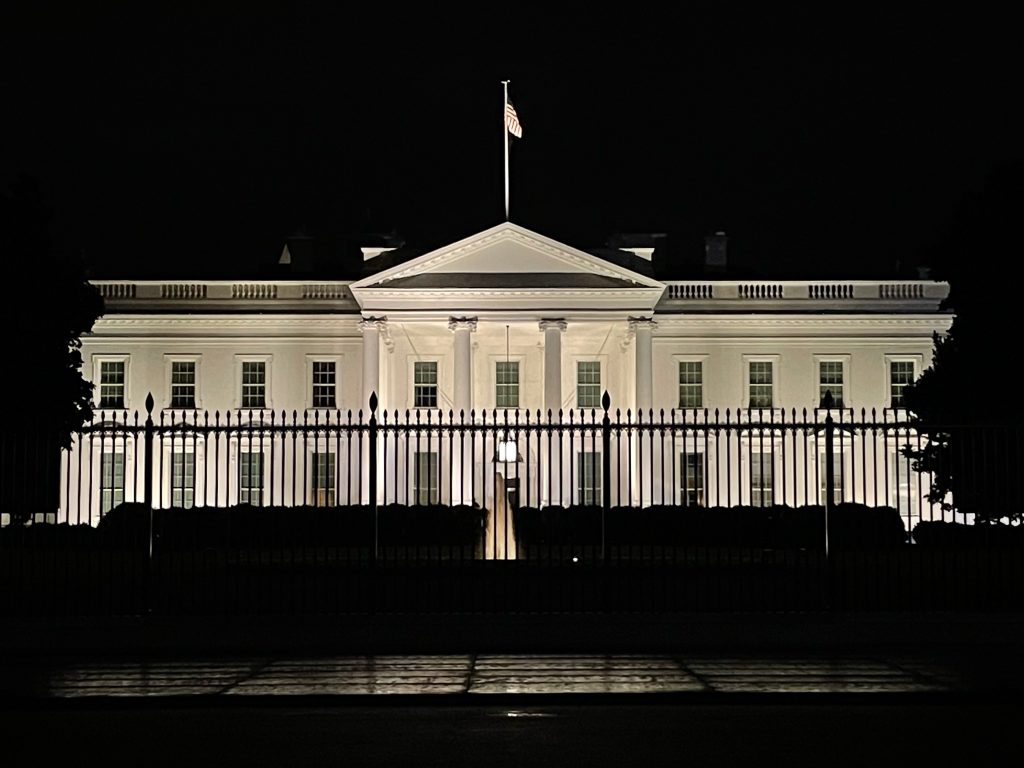