There are heroes throughout the corridors of Houston Intercontinental Airport (IAH) and at airports and railroads across the country.

On Labor Day, leadership of the IAM Transportation Department visited with airline members at Houston’s busy hub. Richard Johnsen, Chief of Staff to the International President, and Edison Fraser, IAM Transportation Coordinator, joined representatives from IAM District 141, Local 811 and Local 2198 to meet with members on the job and thank them on a day that honors working people.

“The airline industry has survived crisis after crisis because of one reason—the dedication and sacrifice of airline workers,” said Johnsen, a 33-year member who began his career as a United Airlines mechanic. “We are going to fight for our members like never before, raising the bar in contract negotiations and putting the interests of IAM members and passengers ahead of corporate profit.”

IAM representatives and members under an IAM District 141 tent offered snacks and refreshments to members. Hundreds of members wore “IAM Houston Strong” T-Shirts, a reminder that the city braved another crisis just four years ago when Hurricane Harvey struck the region.

“There’s nowhere else we wanted to be on Labor Day than with our members on the frontlines,” said Fraser, a 19-year member who started as a customer service agent at Southwest Airlines. “They deserve to see their leadership at every level, and we’re proud to have their backs through this pandemic and going forward.”

It’s a great #LaborDay morning in Houston! We are at @IAH to meet with and thank our airline membership on the frontlines. pic.twitter.com/VFCYuIisHL 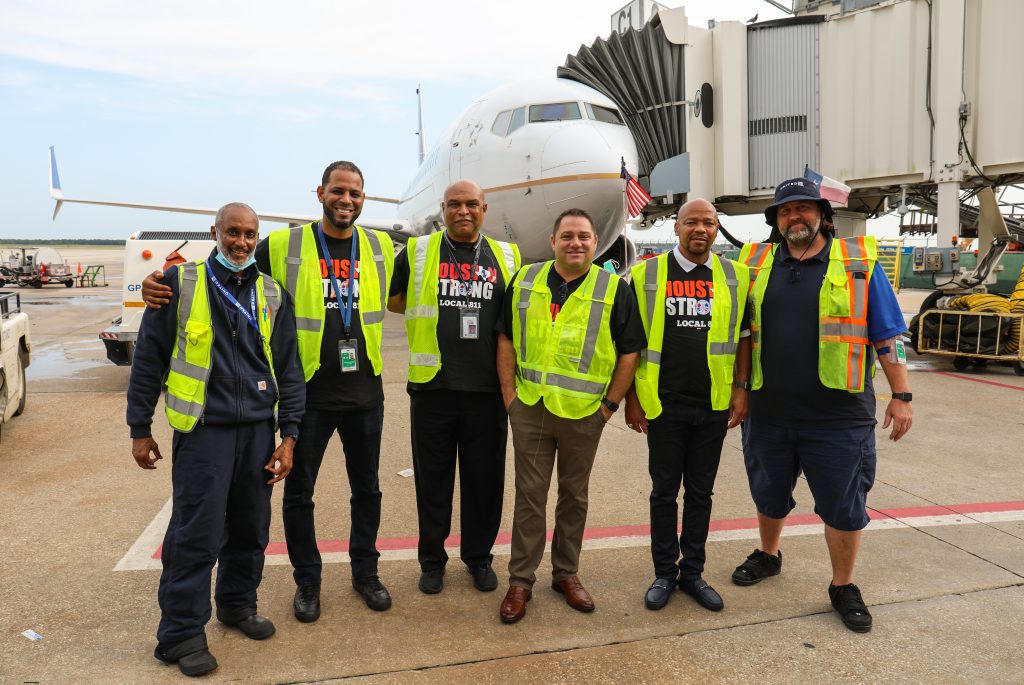 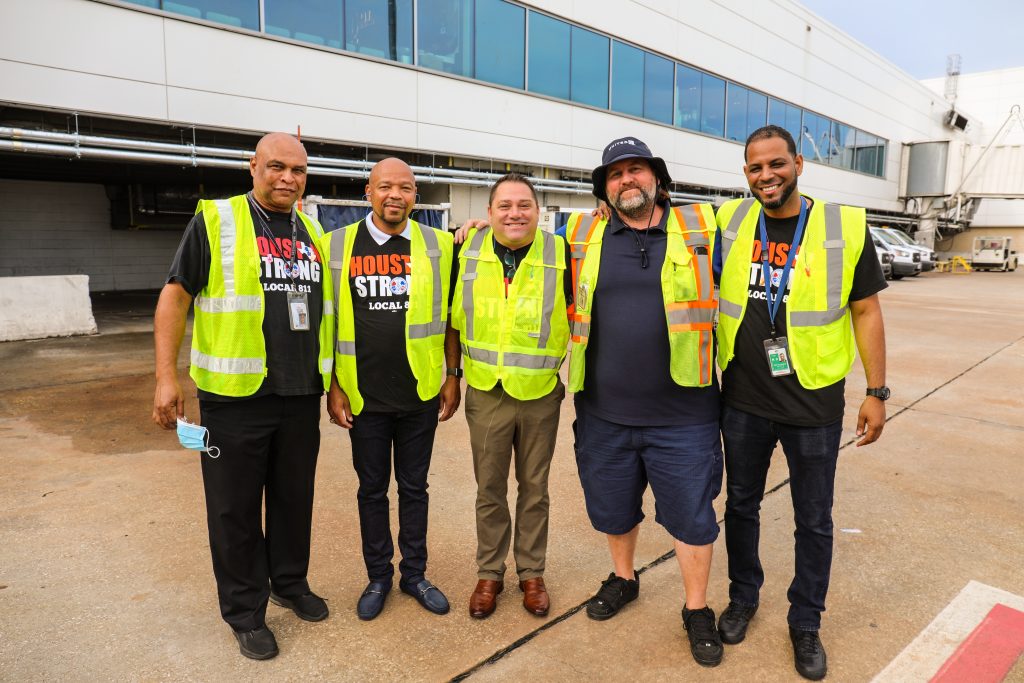 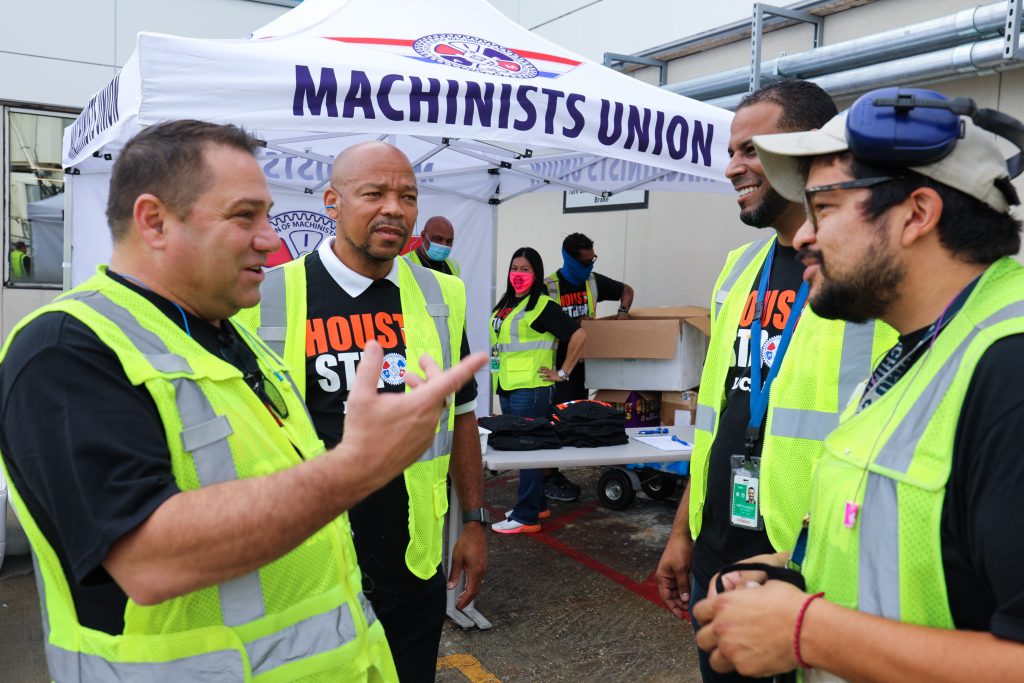 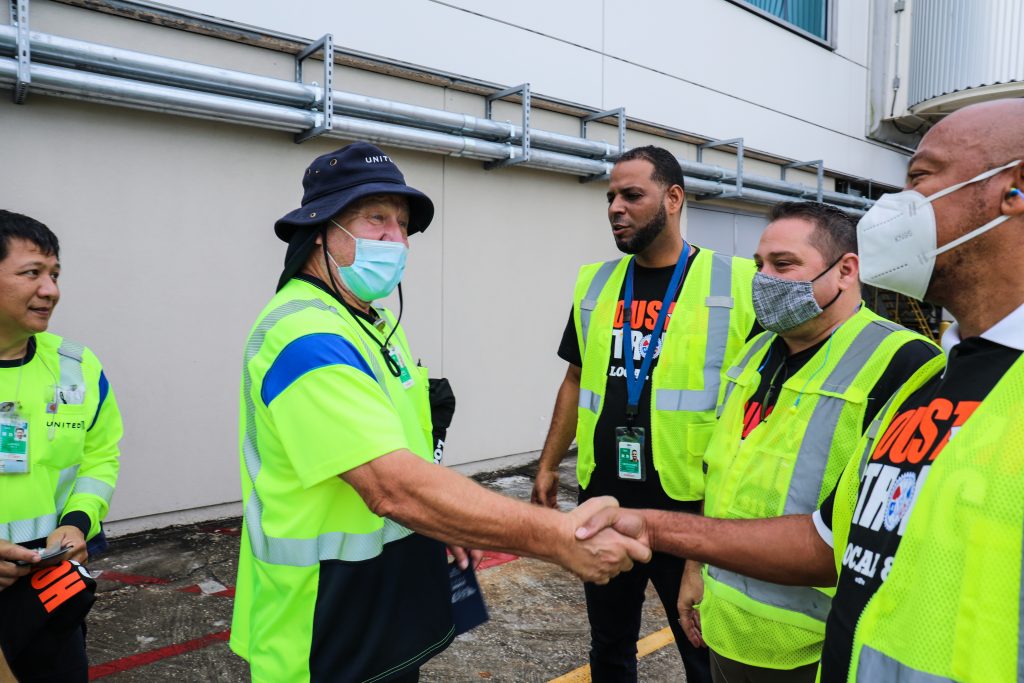 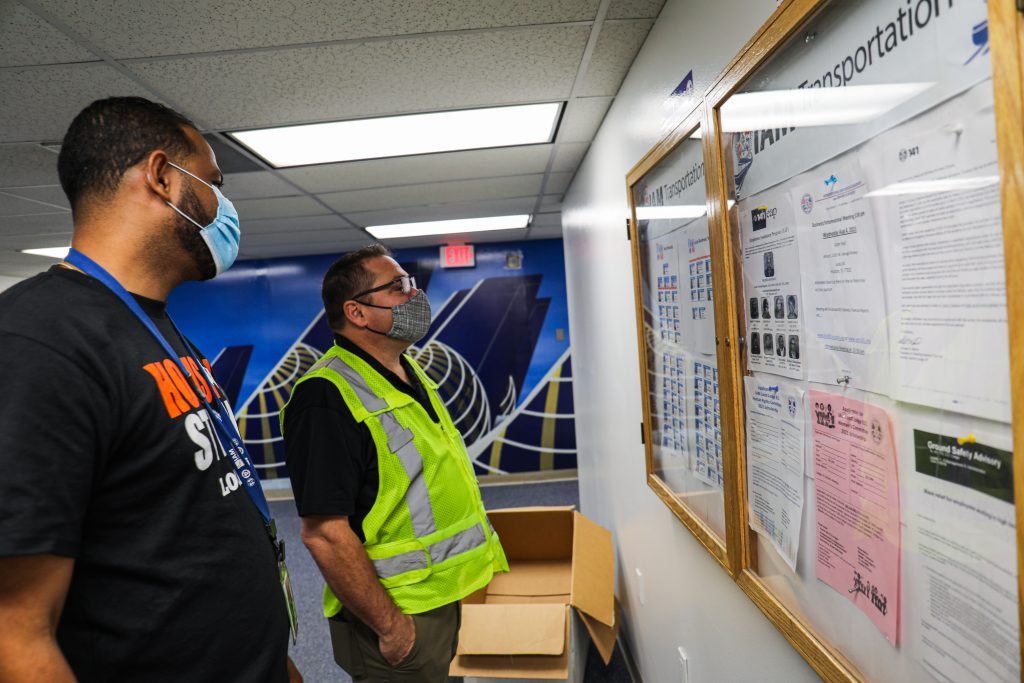 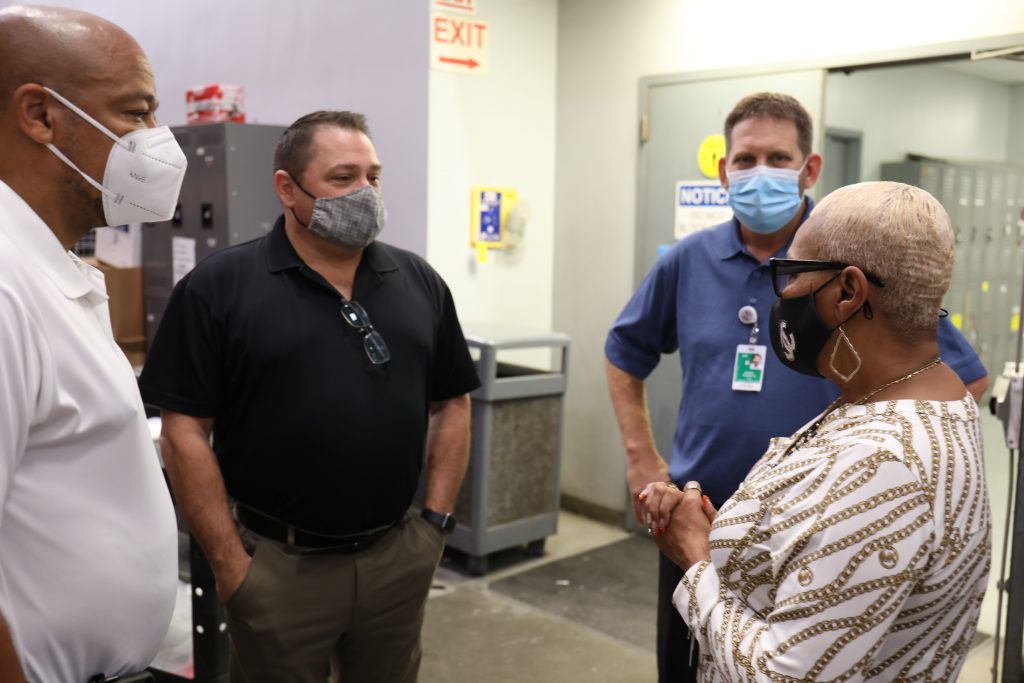 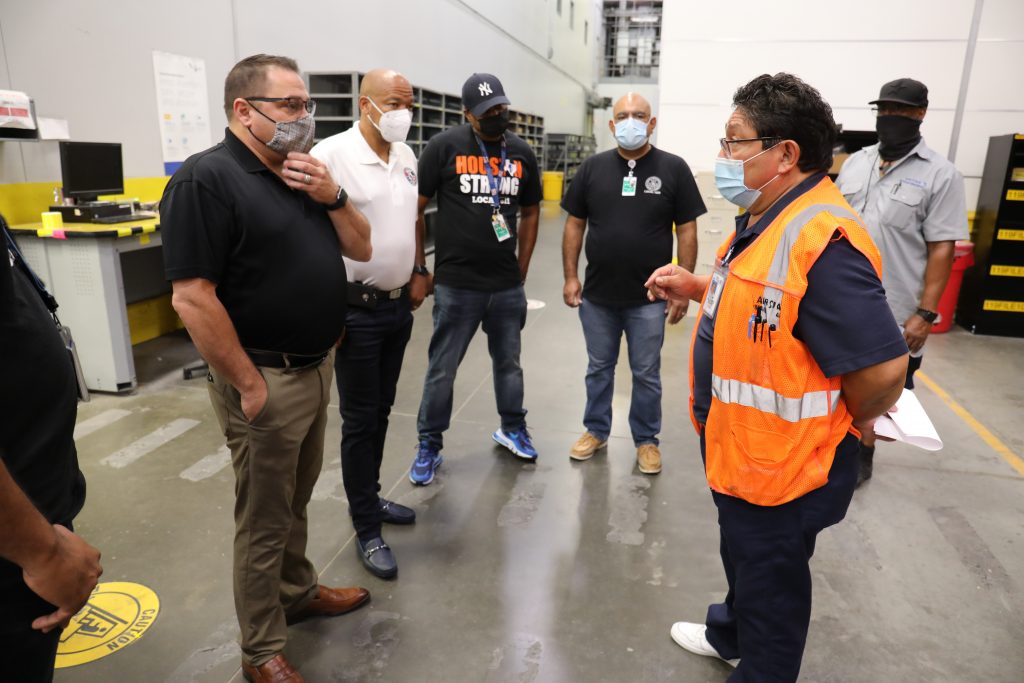 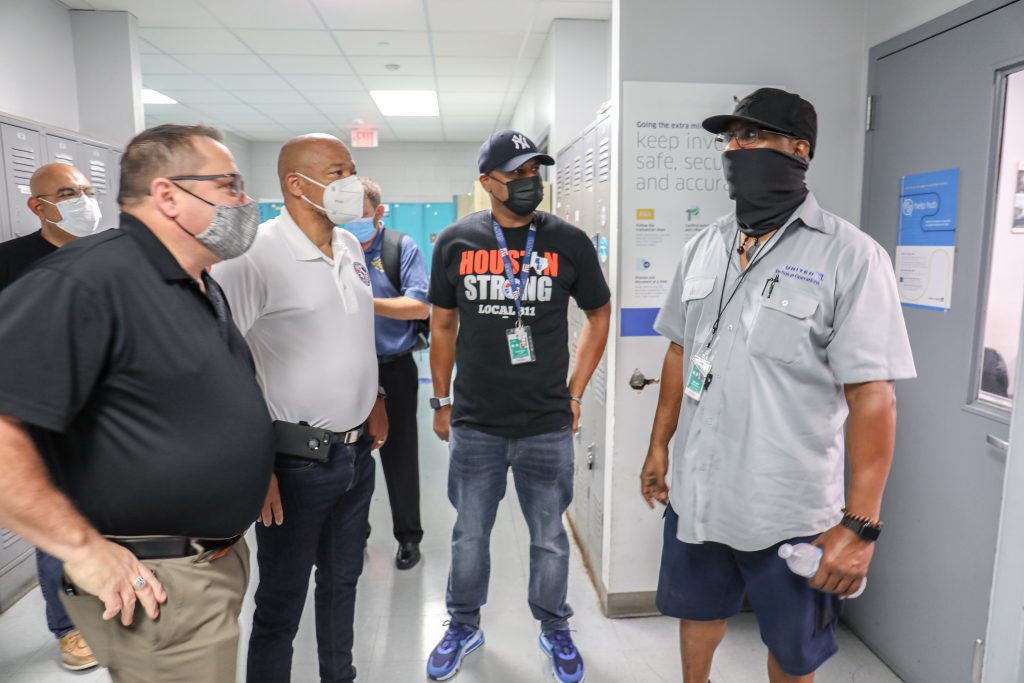 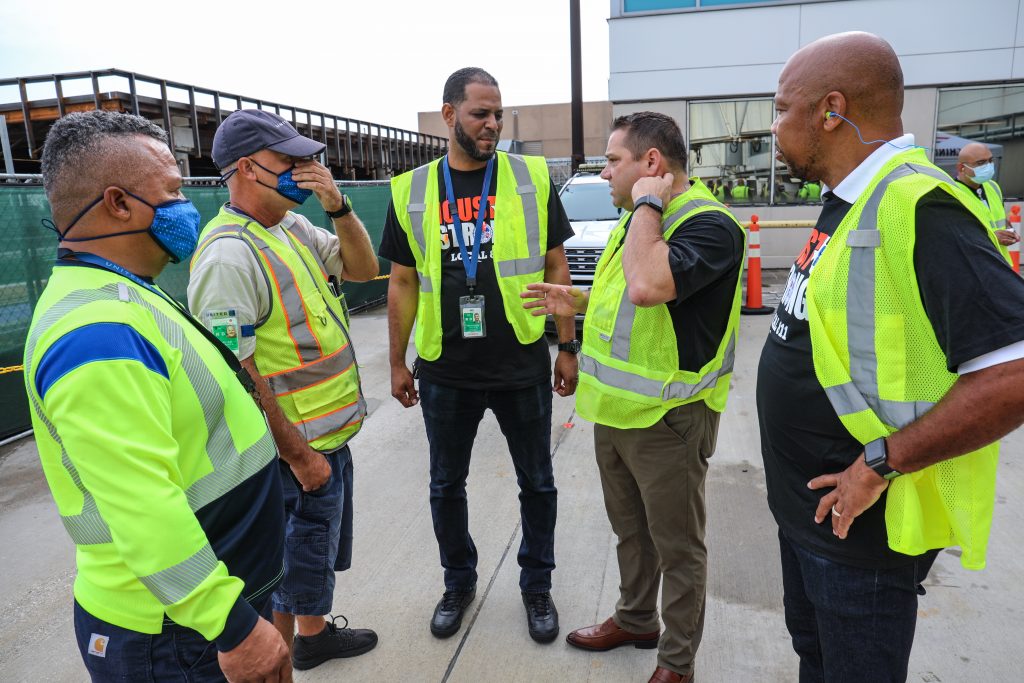