The unit of about 50 mental health care professionals, represented by the National Union of Healthcare Workers (NUHW) and comprised of psychologists, clinical social workers, psychiatric nurses and addiction counselors, held a three-day strike to protest wage freezes, retirement cuts, and health benefit cuts proposed by Kaiser in their recent negotiations.

“As the pandemic rolls on, there is a surging need for greater access to mental health care in our country,” said Western Territory General Vice President Gary R. Allen. “To propose cuts and wage freezes to mental health caregivers, at a time when there is such a need, is shameful and disgraceful. I stand in solidarity with our NUHW Sisters and Brothers in their fight for a fair contract.” 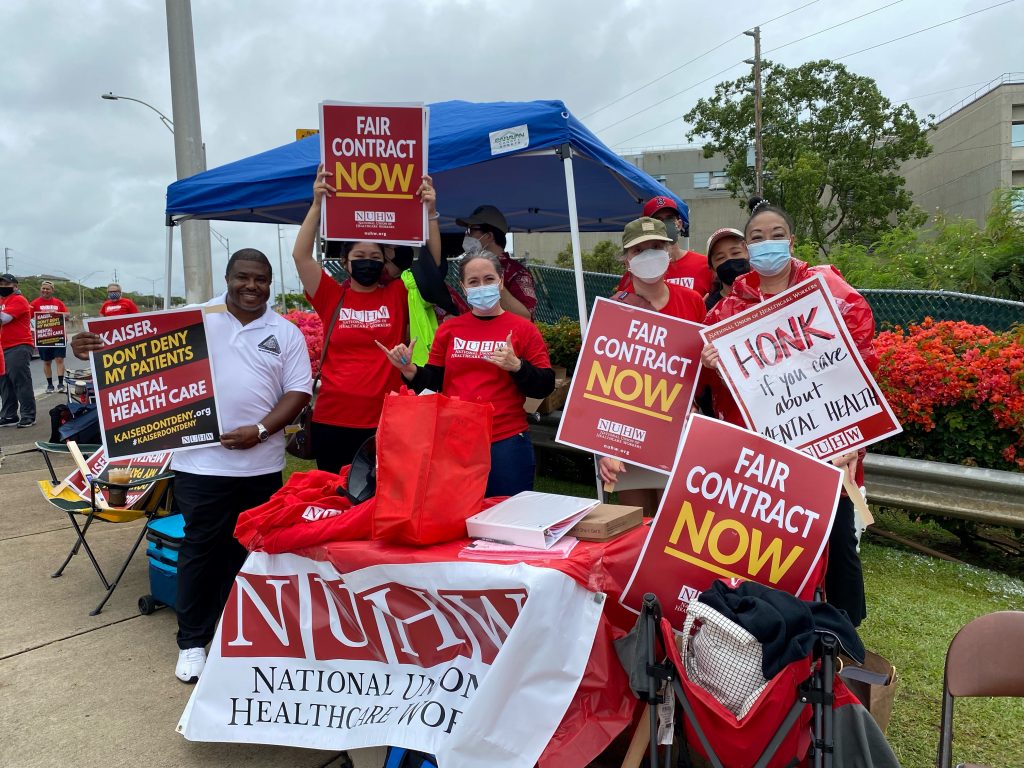 The post IAM members stand in solidarity with NUHW appeared first on IAMAW.