More than 130 members of IAM Local 2018 employed at Regal Beloit Manufacturing in Valparaiso, IN have been on strike since Sunday, June 30.

The skilled trade members of the IAM are striking for affordable health care, better wages, clear break times, and no changes to their current probationary period.

“The main concern is health insurance,” said lead negotiator and IAMAW Local 2018 Business Representative David Gault. “The raises our members have received the past two contracts don’t even begin to cover the costs of their premiums. The workers and their families are not moving forward – they’re moving backwards. And they’re simply tired of it.”

“IAMAW Local 2018 members at Regal are not asking for more than what they deserve,” continued Gault, “and that’s fairness and the ability to keep their heads above water. They, along with their families, deserve better than the agreement Regal has put before them.”

“Stand strong sisters and brothers,” said IAM Midwest Territory General Vice President Steve Galloway. “Fight for what you rightfully deserve. Your lives, the lives of your family members and workers everywhere depend on it. All around the U.S. more and more workers are coming together, standing up and saying no more. Your union applauds you for taking that stand and we have your back all the way.” 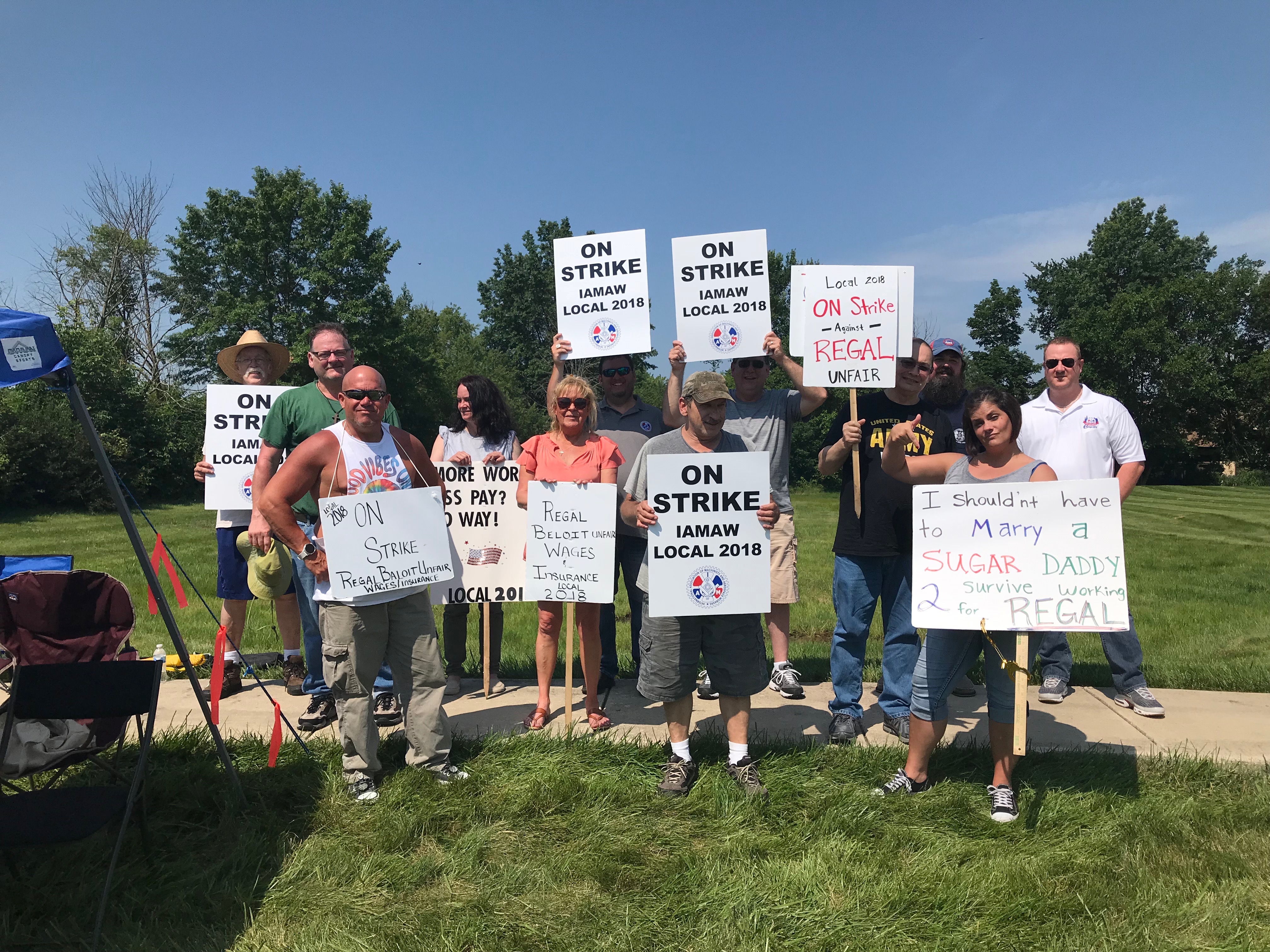