Being part of the labor movement is about being part of something bigger than yourself. It’s about taking care of your family and your community, and that doesn’t stop when you clock out of work.

Stronger unions mean stronger communities. Across the IAM, our members live by these words. It’s why the Midwest Territory of the Machinists Union created the “IAM H.E.L.P.S. in the Community” program, which stands for Honoring, Engaging, Lifting, Providing and Servicing.

For this group, there was no question how they would celebrate the holiday season. They were going to give back to their neighbors and friends. And they did so by spending a morning volunteering at the Greater Chicago Food Depository, a group that’s been feeding Chicagoans for more than four decades.

“Being union comes with the responsibility of taking care of your family and community. That’s not just a motto for the Machinists Union, those are words we take to heart, especially in the heartland of this great country,” said IAM Midwest Territory General Vice President Steve Galloway. “The Midwest Territory staff continues to set the bar for what it means to be true, trade unionists. They live by example and I am so proud that they always answer the call to help each other and their neighbors. To all my union brothers and sisters out there taking care of each other, thank you for the extraordinary work you do when no one is watching.”

On the day the Midwest staff volunteered, the agenda was rice. More specifically, repacking this food staple which goes a long way for families trying to make ends meet. In total, the group helped to package nearly 5,400 pounds of rice, exceeding the Depository’s group average of 3,000-4,000 pounds. The IAM group loaded more than 220 boxes of the grain and completed five full pallets for distribution. The Midwest Territory was proud of the work accomplished that day, but more grateful for the families across Chicago that it would feed.

“Being able to provide for those in need is a cornerstone of the IAM and the overall purpose of what we do as unionists,” said Grand Lodge Representative and H.E.L.P.S. Co-Coordinator Kevin Murch.

“Every day, Machinists take on different projects to help the neighborhoods in which they live and work. Without recognition or fanfare, they do it because that is what solidarity is all about; lifting each other up,” said Grand Lodge Representative and H.E.L.P.S. Co-Coordinator Geny Ulloa. 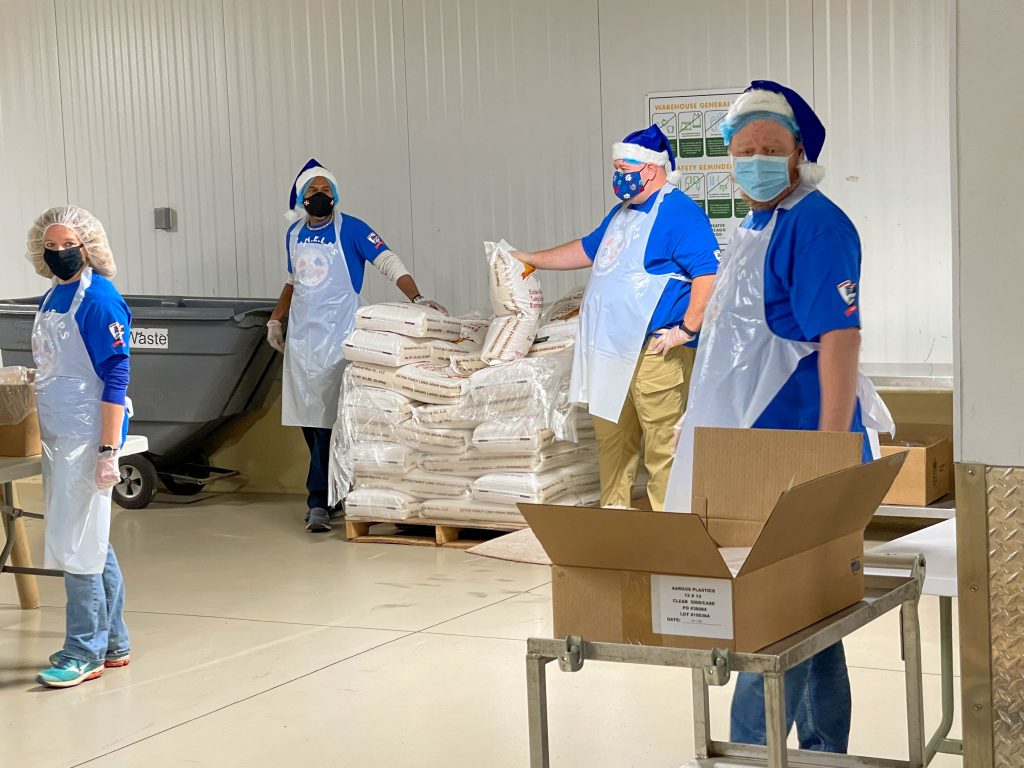 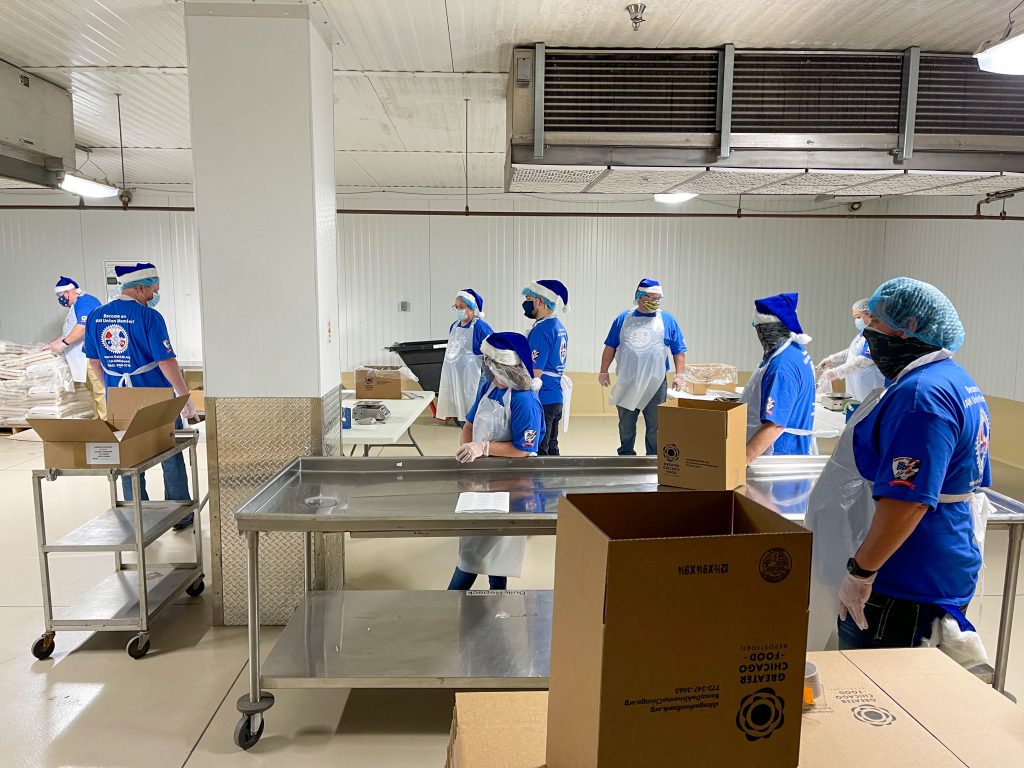 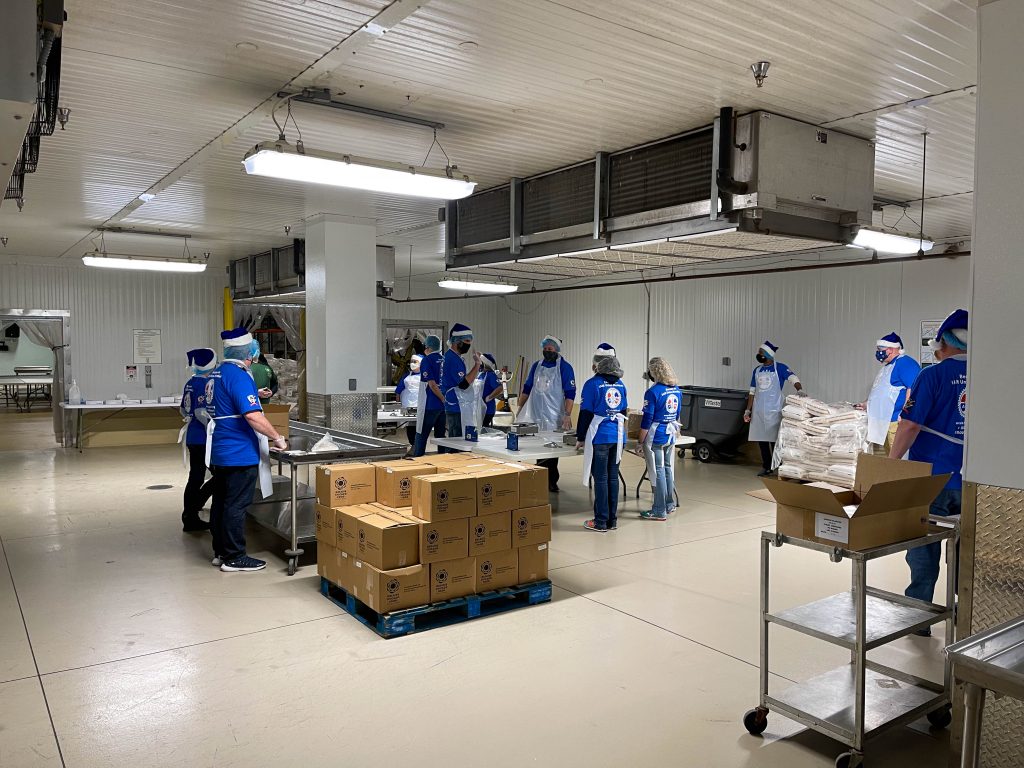 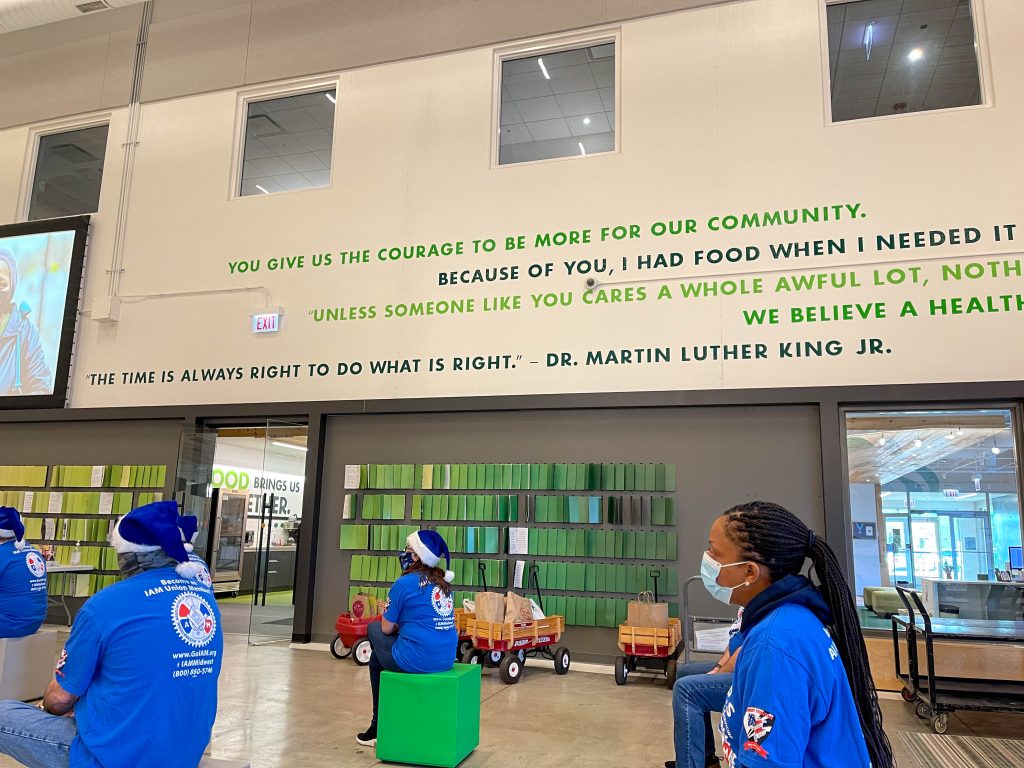 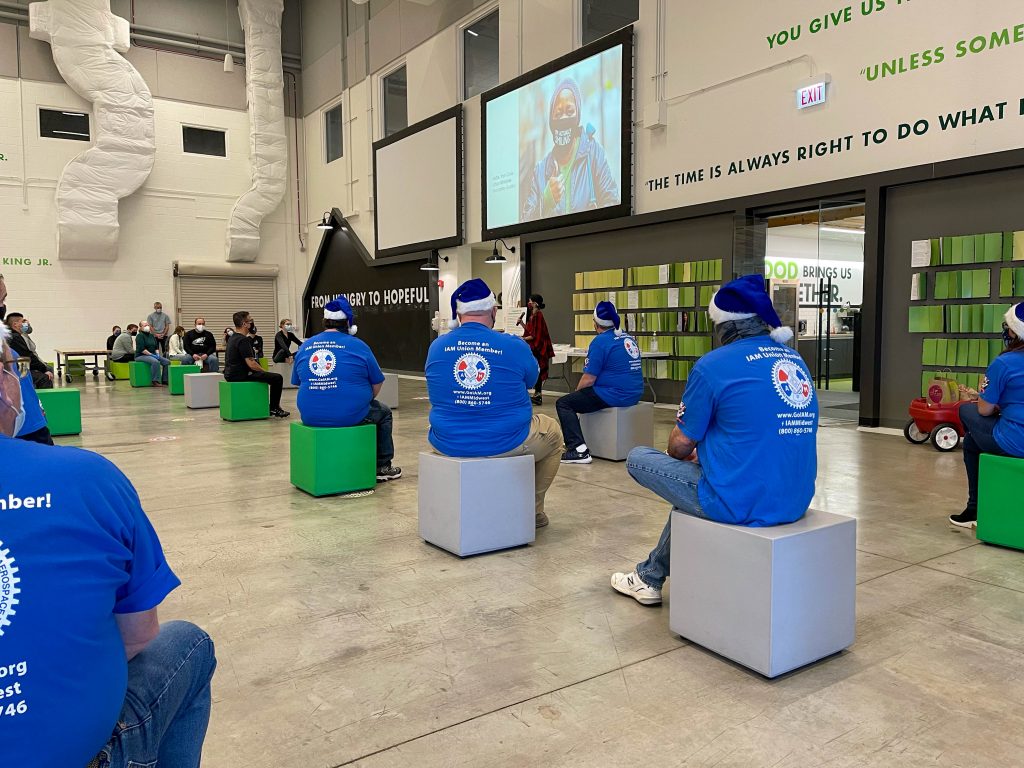 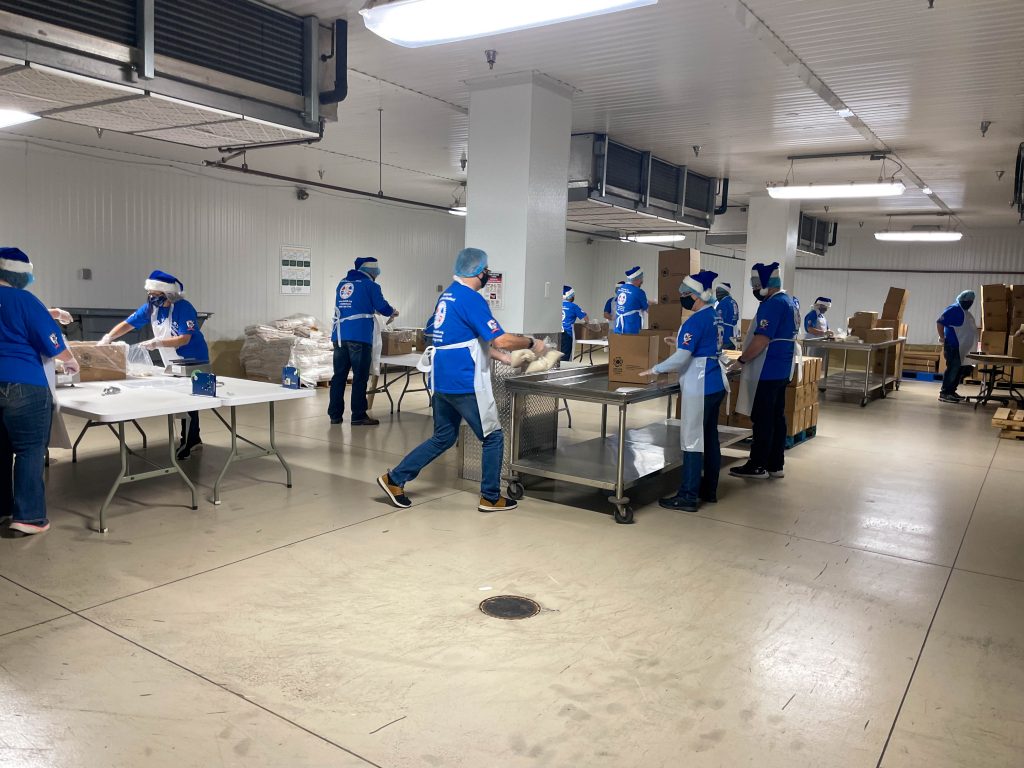 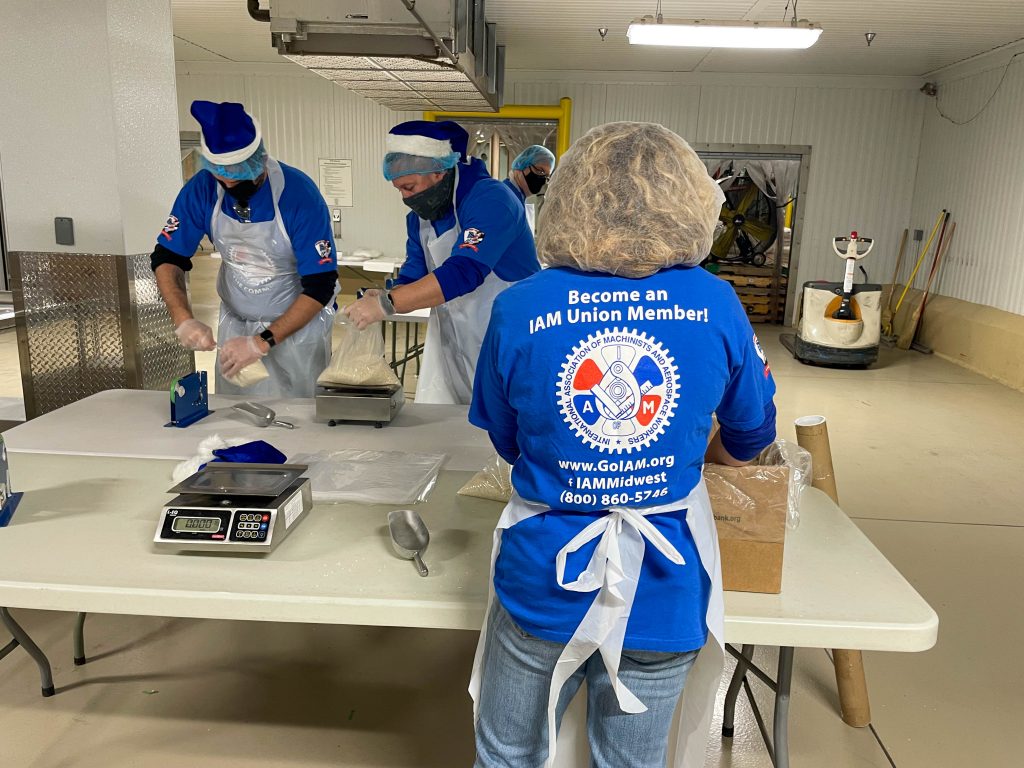 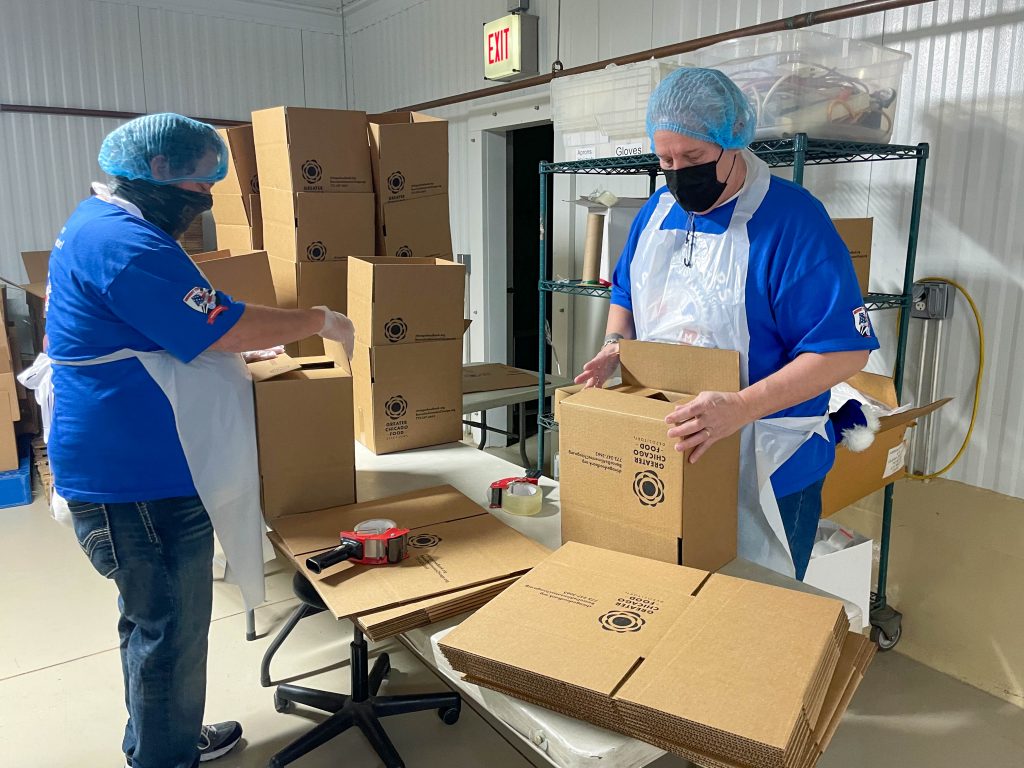 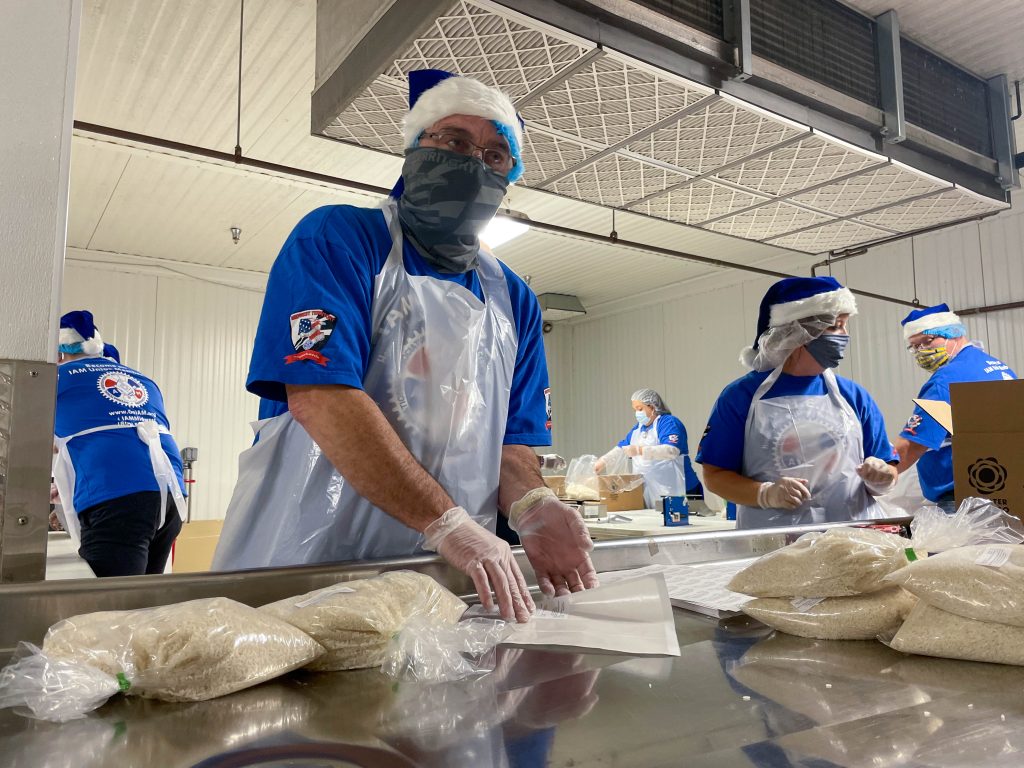 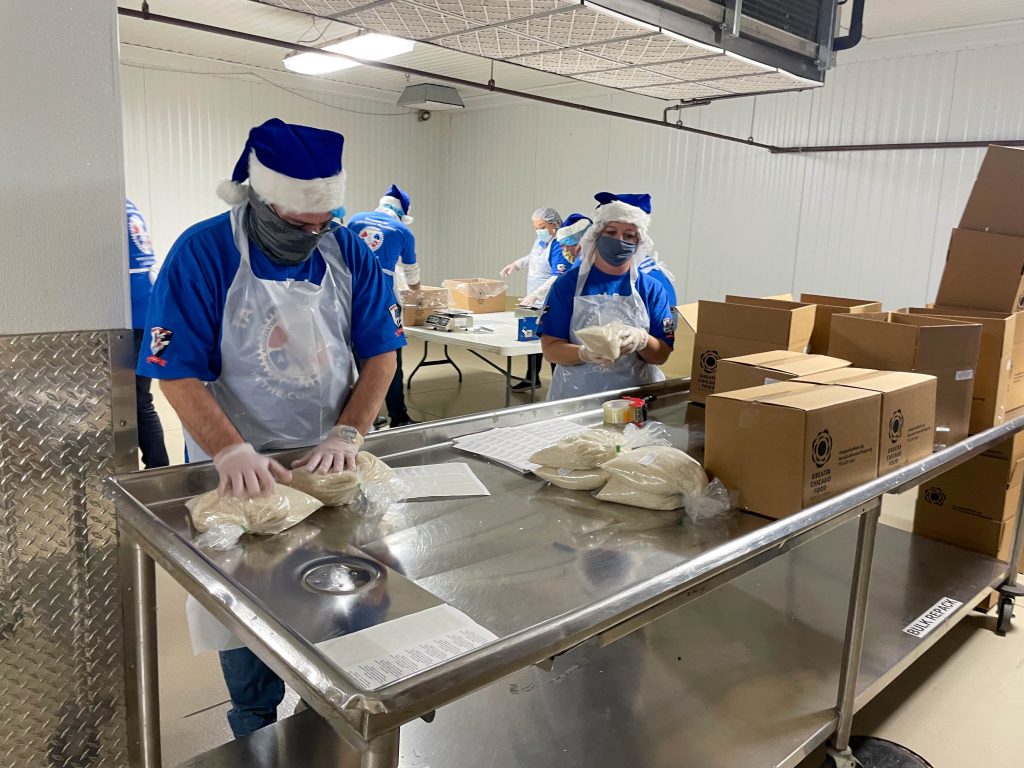 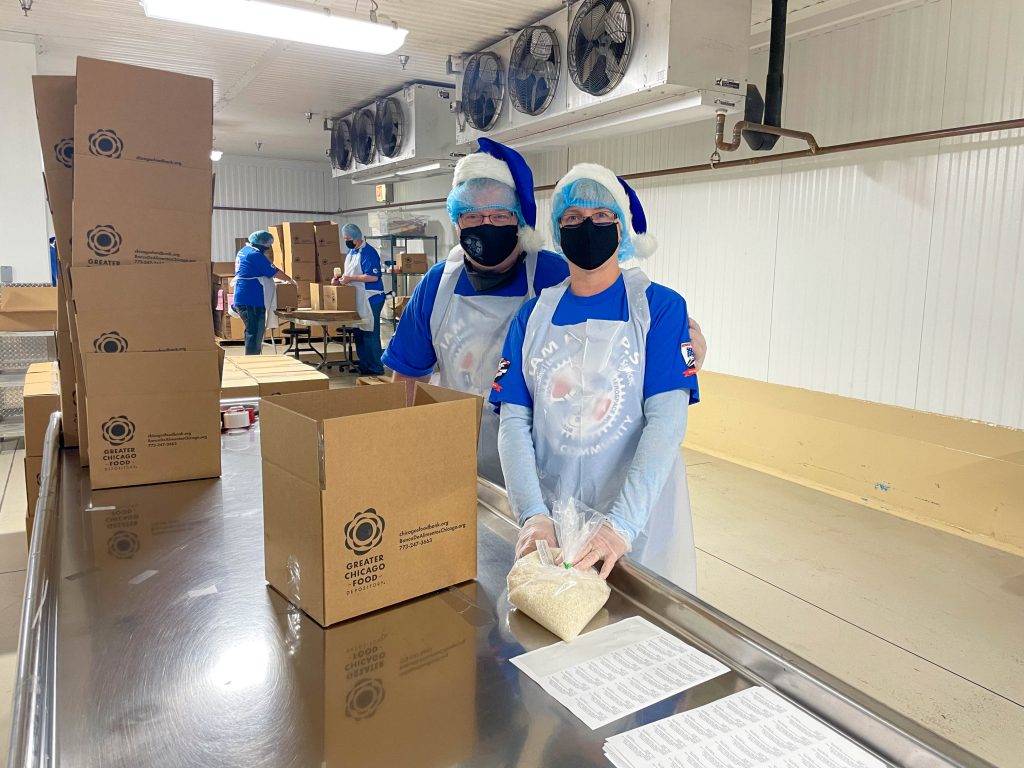 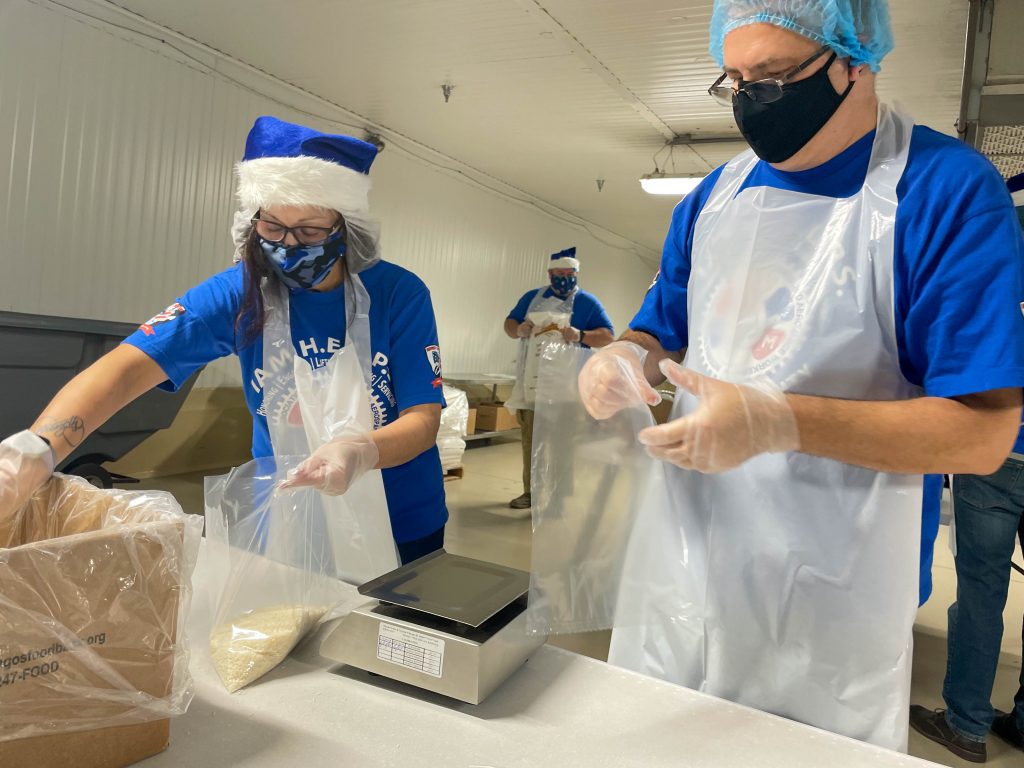 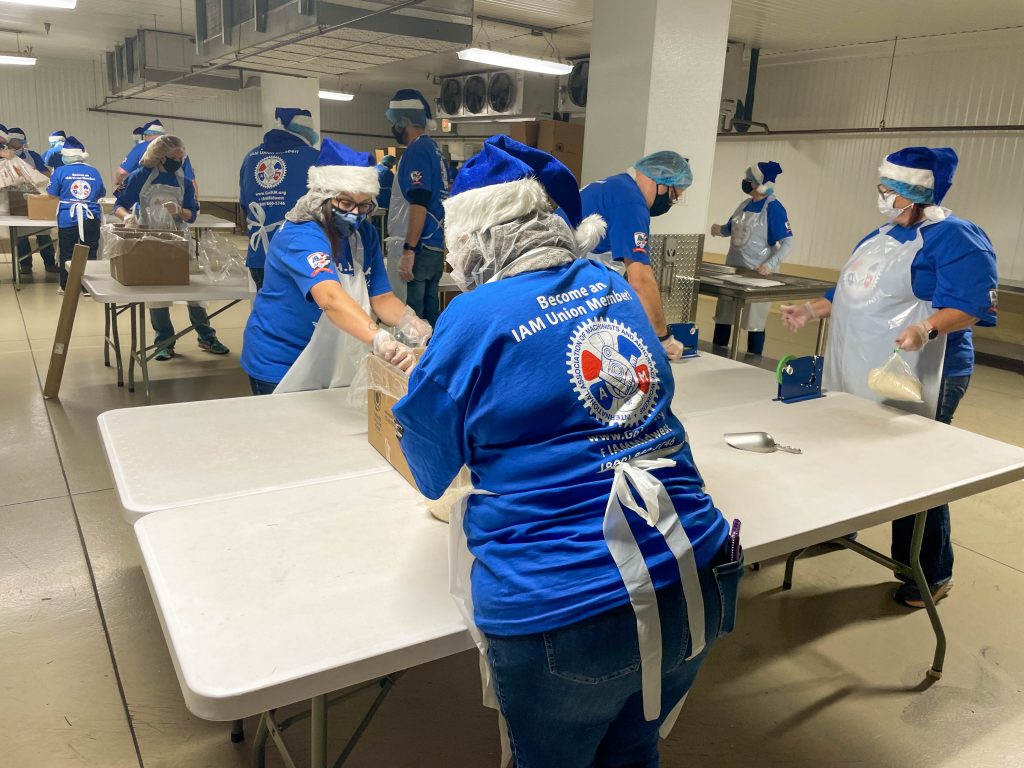 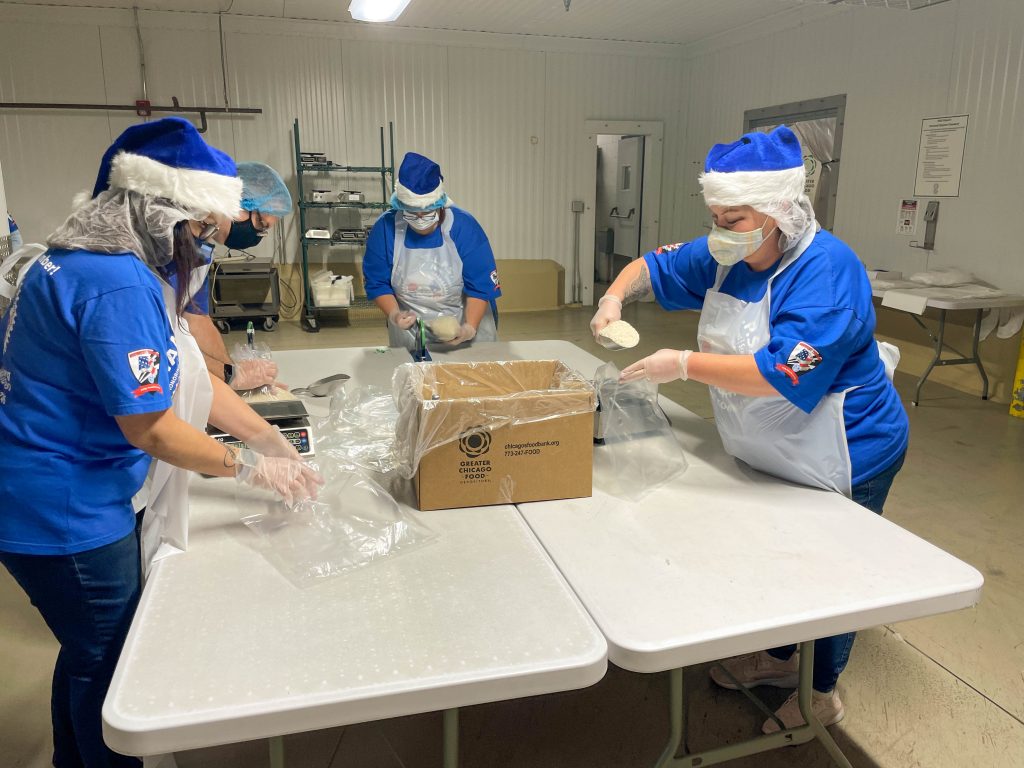 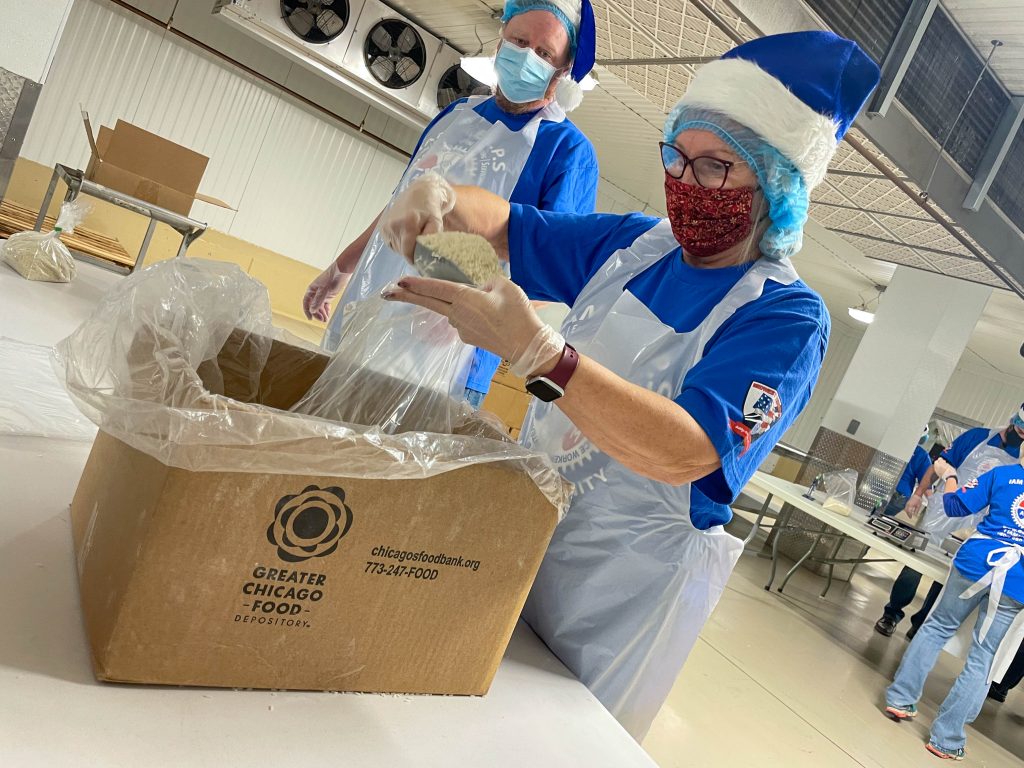 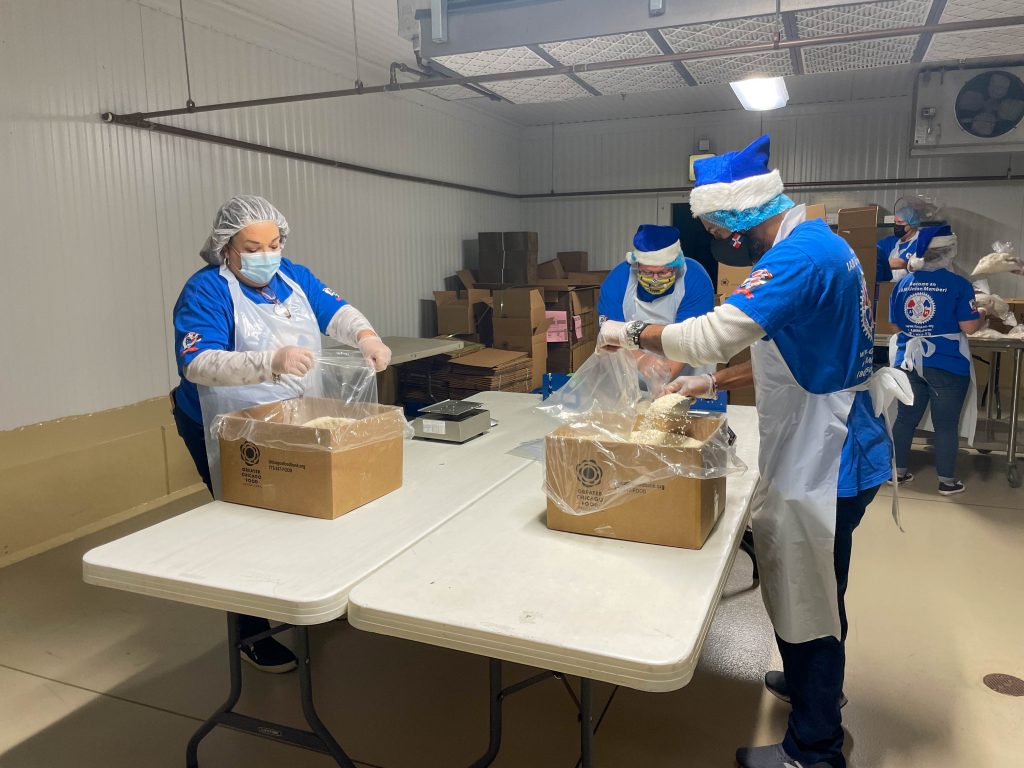