So, what happened in 1947? Congress enacted the anti-union Taft-Hartley Act, which gave us so-called “right-to-work” states. The Machinists Non-Partisan Political League was founded and the average wage for an IAM member was $1.56 an hour.

In February of the same year, brave workers in Cherry Point, NC took a vote to organize a Local Lodge, and on March 20, 1947 their charter was signed by International President Harvey Brown and the General Secretary-Treasurer Eric Peterson.

Now, in 2022, Local 1859 marked the occasion by receiving a plaque noting the anniversary from District 2020.

“It was my pleasure to be here,” said District 2020 Directing Business Representative Larry Battle. “To help mark the first 75 years, and kick off the next 75 was a personal honor.”

“The future looks bright at Fleet Readiness Center East. New construction is happening and new aircraft are being introduced,” said Local 1859 President Scott Walker. “Our members have the right organization on their side to ensure Local 1859 and the Fighting Machinists last long into the future.”

“I congratulate Local 1859 as they mark this important milestone,” said IAM Southern Territory General Vice President Rickey Wallace. “Local 1859 is continuing the Machinists Union tradition of justice on the job and service to the community, and I send them thanks on behalf of the IAM.”

“This local has a long, and storied past representing a diverse group of workers,” said Walker. “We’ll kick off the next 75 years the same way, by continuing to fight for working families across North Carolina.” 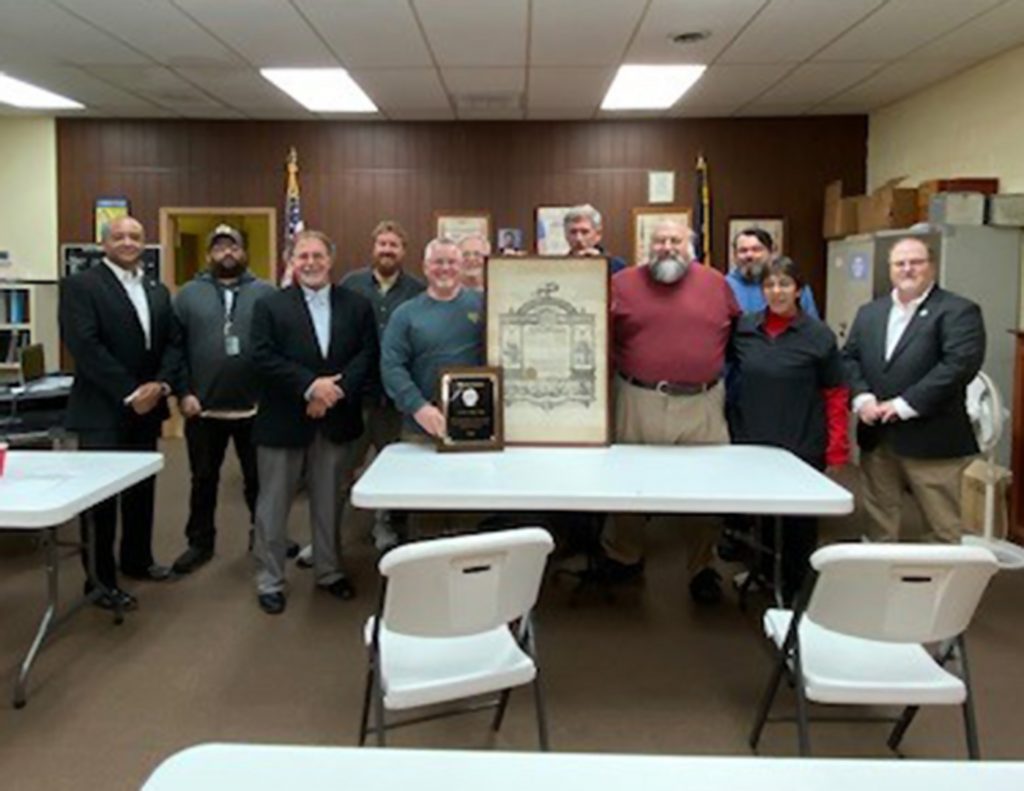 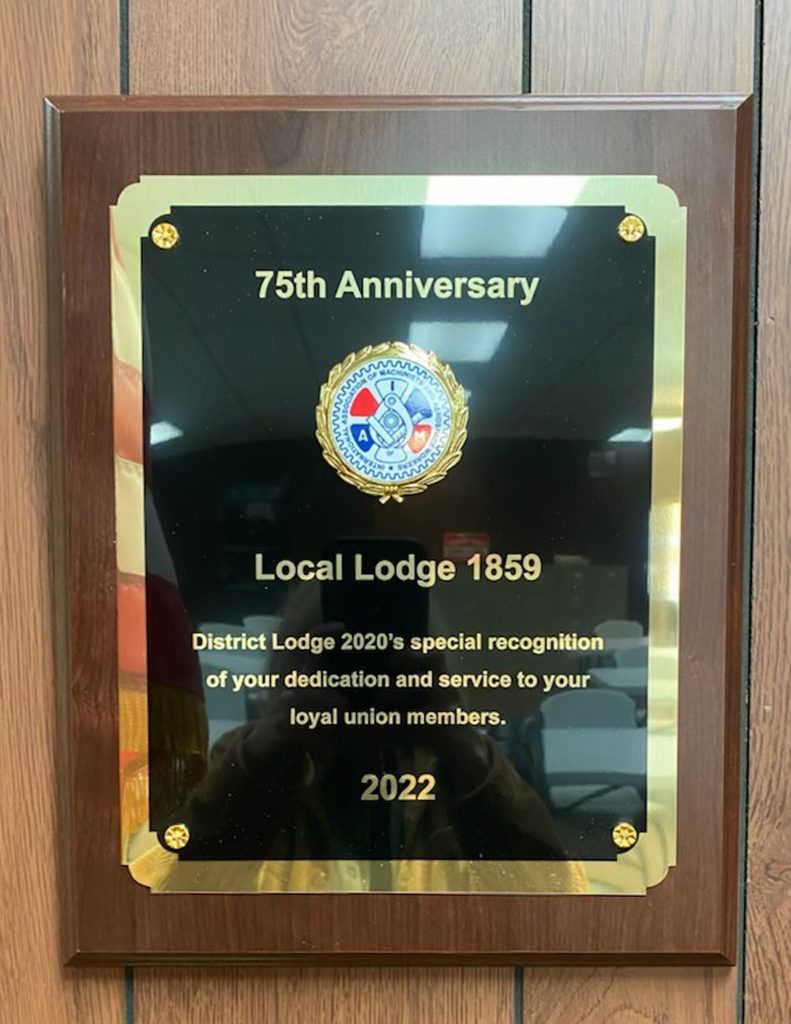 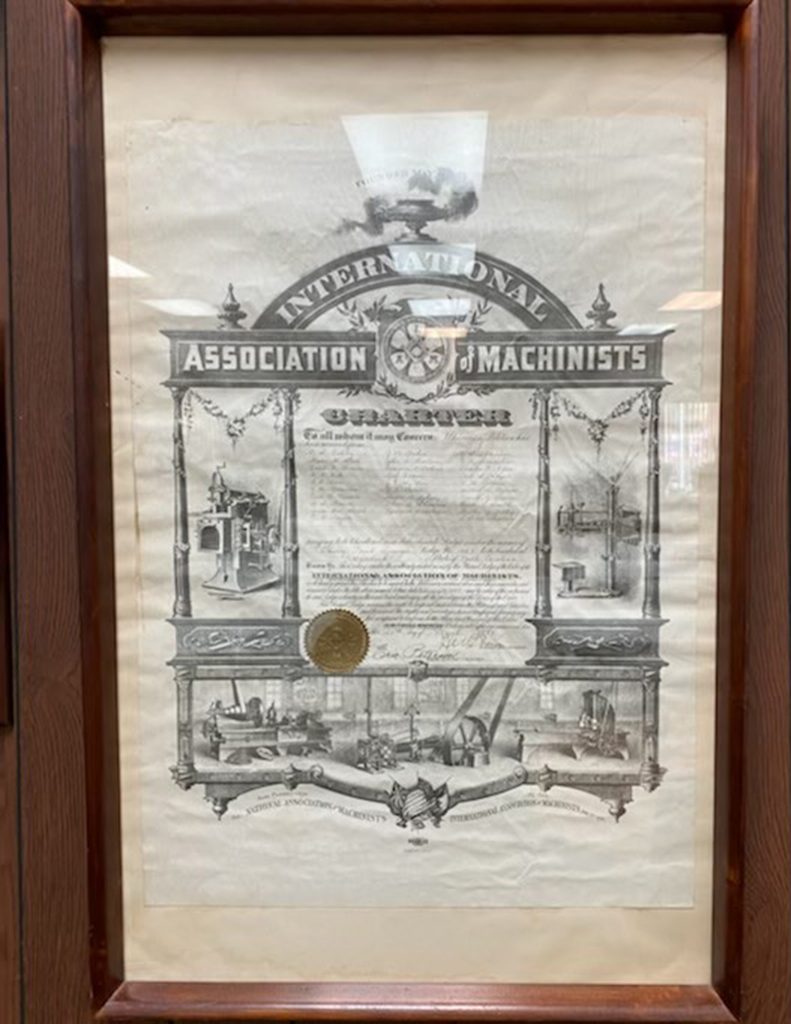