The Greater Mid-Atlantic District Lodge 2020 consists of IAM locals in North Carolina, Virginia and part of South Carolina, with the exception of air transport and railroad locals. In 2019, Southern Territory General Vice President Rickey Wallace sought out a way to give more support and resources to the districts. He put together a consolidation plan to provide better service to the membership and help the districts in their organizing efforts.

“We have made the necessary moves to be able to better serve the membership and grow the IAM’s footprint in this region of the country,” said Wallace. “I’m really excited to see how the district flourishes as it strives to improve the lives of working families.”

“The COVID pandemic has proven that working people in this country need a voice in the workplace more now than ever before,” said International President Martinez. “The reorganization of these districts and locals puts them in a better position to expand our great union and help grow the middle class.”

“I am glad that I was invited to the District 2020 inaugural convention,” said Cervantes. “We have all been through so much with this pandemic. It was good to gather with our members once again to address our members’ issues. Even during this pandemic, while practicing health and safety measures through COVID guidelines, the convention was a success.”

“This is exciting times for the Machinists Union and the members of District 2020,” said Directing Business Representative Larry Battle. “I want to thank GVP Wallace for his leadership and direction. I also want to thank the members and delegates of District 2020 for their participation in our inaugural convention, following COVID protocols and safely paving the way for our district.” 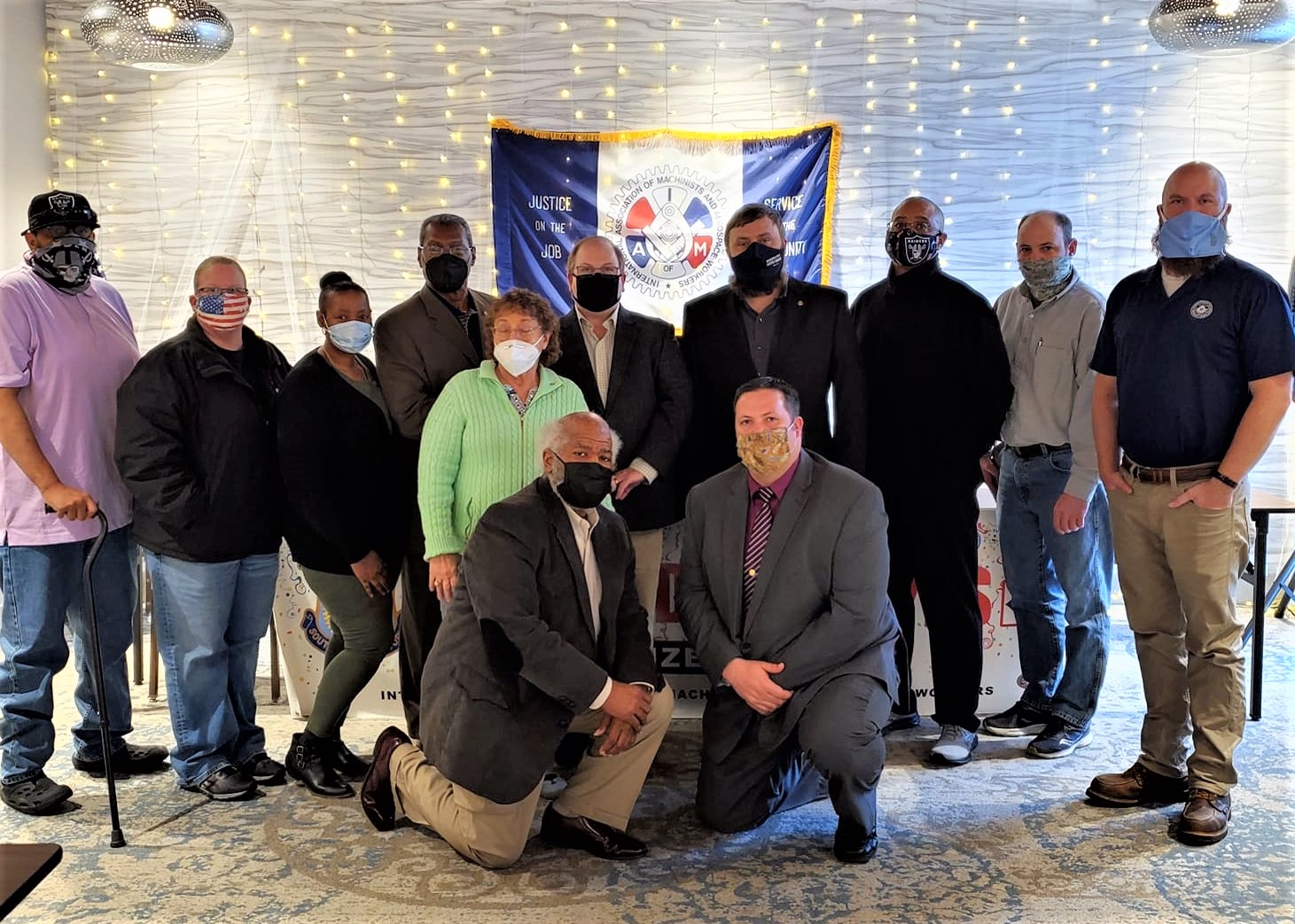 While the delegates convened, IAM members working at the NASA Wallops Flight Facility in Virginia launched the SS Katherine Johnson to the International Space Station. The spacecraft was named after the famed mathematician featured in the movie “Hidden Figures.” The Northrup Grumman Cygnus resupply spacecraft carried an 8,000 lbs. payload of science and research, crew supplies and vehicle hardware to assist researchers there in numerous investigations.

The district also recognized all U.S. military service veterans in attendance by name and honoring them with pins from the branch in which they served.

The post Organizing and Servicing the Focus at IAM District 2020 Inaugural Convention appeared first on IAMAW.