When Jerry McCoy heard about the American Rescue Plan in March, he didn’t know that much about it. In 2011, he retired as a machinist from the Y-12 National Security Complex facility in Oak Ridge, Tennessee and has been living off the company pension. Consolidated Nuclear Security, LLC operates the site.

“I’m retired during a pandemic. If they ever said, ‘We don’t have enough money in your pension plan,’ it would have been devastating,” said McCoy, a member of IAM Local 480.

President Biden signed the Butch Lewis Emergency Pension Relief Act into law on March 11, as part of the American Rescue Plan. The law preserves and restores pensions for more than one million retirees and workers in about 200 severely underfunded multiemployer pension plans. McCoy was thankful his pension didn’t fit into that category. However, he knew the dire consequences looming for all U.S. pensioners without the provisions of the “Butch Lewis Act.”  It protected healthy plans and strengthened the overall pension system, something the IAM lobbied for heavily.McCoy was happy to see the legislation, because he considers his pension his lifeline. “It’s very important because we depend on that for our livelihood, my wife and I.” He said it was reassuring to know that he would someday retire with a pension, even when he was younger. “That was the reason you stayed there,” he said. “That was the reason you wanted to be there.”

McCoy started working for what was then Union Carbide in 1970 and 41 years later, hopes young workers realize the benefits of defined benefit pension plans and the importance of preserving them. “New employees come in and don’t have a pension. They have a 401K. You might as well go to Vegas,” he said.

Fortunate enough to retire at 60, McCoy is thankful his wife has a pension and their daughter was able to receive a union scholarship from the AFL-CIO and go on to work for a Canadian company that provides a pension.

It’s all about priorities and getting a fair return on our work. “Giving bonuses sounds good, but I’d rather have a raise,” he said. And a pension. 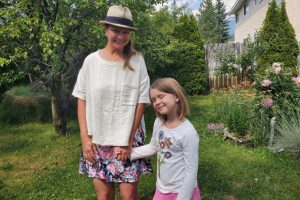