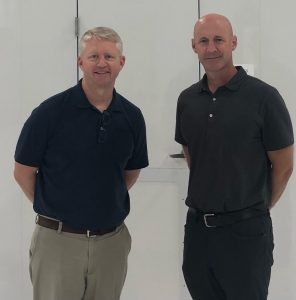 “I worked under the SCA and understand the importance of the work performed by these men and women, many are also former U.S. Military themselves,” said Ramon Garcia, Southern Territory Organizing Leader. “Joining the IAM and having a collective bargaining agreement is a critical tool to guarantee benefits, raises and dignity on the job. It made a difference for me. Welcome to the IAM!”

“I want to welcome our new members who provide an invaluable service to our country into our Machinists family,” said IAM Southern Territory General Vice President Rickey Wallace. “Credit for these organizing wins goes to our Organizing Leader Ramon Garcia, Grand Lodge Representative Joe Greaser for leading the campaign at Vertex, District 776 Directing Business Representative Paul Black and his staff at Fort Hood and District 75 Directing Business Representative Steve Jordan and his staff at Whiting Field. These teams worked countless hours with our new members, giving them the tools and resources necessary to fulfill their quest to join the IAM.”