To many, ten days may not seem like a long time. But for a worker on strike, ten days can feel like forever.

But for the more than ninety machinist members from Local 708 on strike against Sherwin-Williams in Andover, KS, there really was no other choice but to walk. Not just for themselves, but for the safety of workers everywhere.

“This is not a strike about wages. This is a strike about making sure each and every worker at Sherwin-Williams comes home at the end of their shift in good health. This is about making sure that if any employee is injured on the job, they receive the care they need,” said Cornell Beard, President/Directing Business Representative of IAM District 70. “Honestly, this unfair labor strike is about a paint company that protects the walls of millions of homes across the globe but isn’t protecting the family members that inhibit these homes. And that’s not something the Machinists can ignore.” 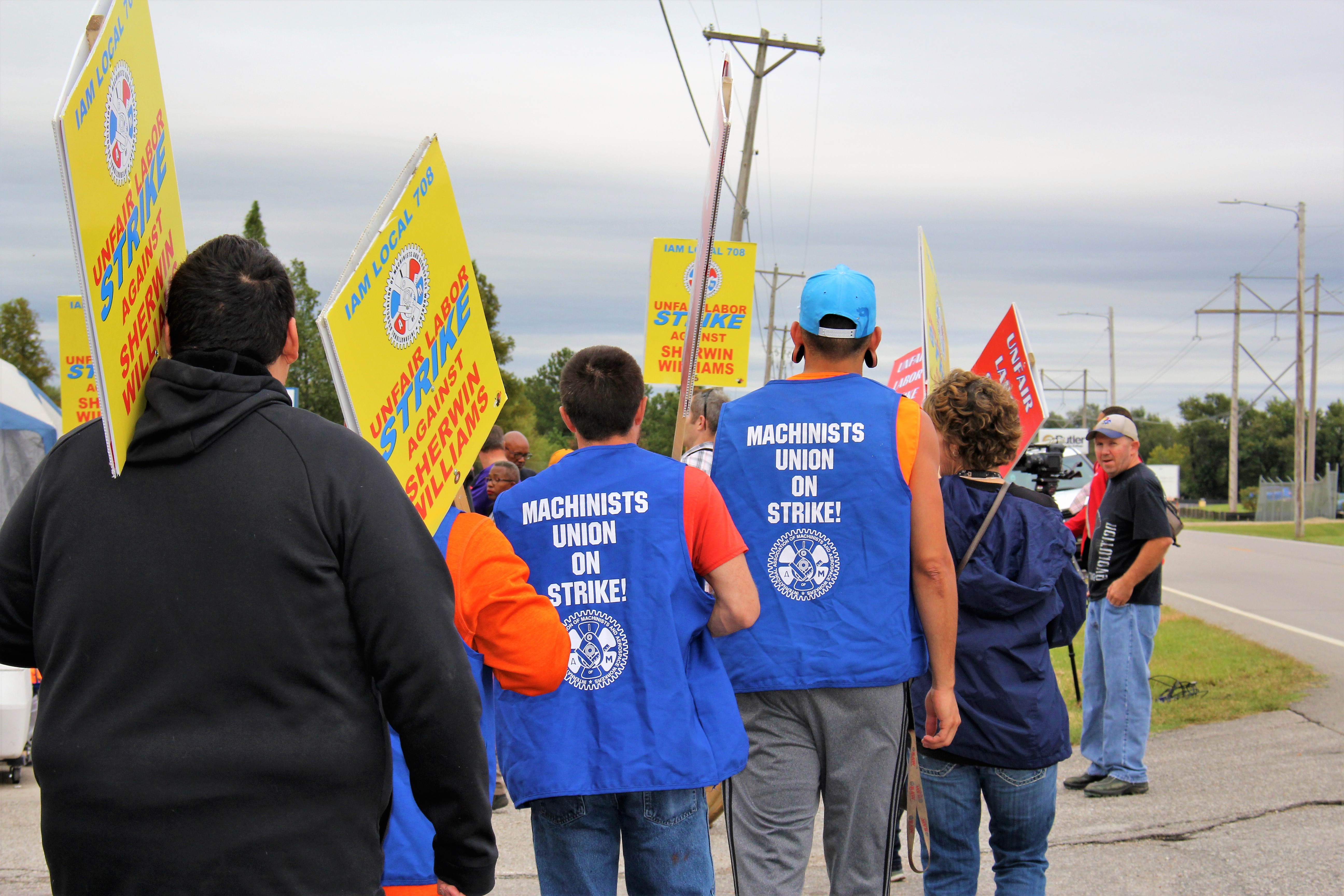 “The IAMAW and the company have discussed the possibility of sitting back down at the table for a resolve to the work stoppage,” said Chief Negotiator and District 70 Business Representative Tyson Kelly. “We are hopeful for a return to the table but until that moment, we are standing strong as the Machinists remain determined and in good spirits during this time.”

Last week, a strike rally brought more than 100 members and allies from locals across District 70 in support of their brothers and sisters on the line. The IAM remains committed to supporting these members until everyone is back to work.

The post Still Striking at Sherwin-Williams appeared first on IAMAW.