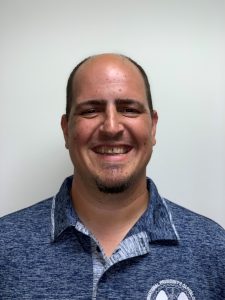 Stymacks joined the IAM in 2007 when Local 4 in Patuxent River, MD was chartered into the union. He was an Aviation Support Equipment Mechanic for Dyncorp International and Tyonek Native Corporation. In 2013, Stymacks became a Shop Steward and was elected Chief Steward in 2015. In 2016 he was elected Vice President of Local 4, stepping aside to become Secretary-Treasurer in 2017.

As Secretary-Treasurer, Stymacks administered 17 different bargaining agreements for the Local. He also served as a District 4 Delegate and Maryland/DC State Council of Machinists Delegate and Auditor. Stymacks has a bachelor’s degree in organizational management, a skill he put to work as a District 4 Organizer.

“Bryan brings a wealth of experience and expertise with him,” said Conigliaro. “Especially in the Eastern Territory with all of our important organizing efforts in the Service Contract Act arena. He will be a great asset and will continue to provide our members with the professional representation they have every right to expect.”