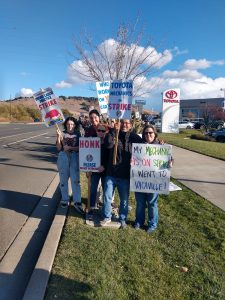 The IAM Western Territory and District Lodge 190 have each set up Go Fund Me pages to support our members on strike at ASARCO (Local Lodge 519-AZ) and Toyota Vallejo (Local Lodge 1173-CA).

Many of you have experience walking a strike line, some more than others.  We all know the impact strikes have on our economic means and how harsh it can be on our families.  During the holidays, our striking workers face additional challenges trying to make ends meet and handling the stress of the holiday season and everyday life.  Please find it in your hearts to donate today by giving a little during their time of need.

Members at ASARCO went out on strike on October 13, 2019.  In Kearny Arizona, located approximately 90 miles from Phoenix, 36 IAM Members of Local Lodge 519, as well as many members from the Steelworkers, Boilermakers, Electricians, Teamsters and other unions, are in a battle for their existence against the unscrupulous multi-national employer, Grupo México.

Grupo México, the largest mining corporation in Mexico, has been in continual conflict with American Unions since they purchased ASARCO Mining operation in 2004. They have had a history of conflict with Unions in Mexico, most notably Local 65, the Cananea branch of the Mexican Mine Workers’ Union (SNTMMSSRM). According to the Engineering and Mining Journal, during the miners’ strikes in January 2003 and October 2004, Grupo México responded with threats to close the Cananea mines.

According to Forbes in August 2014, Buenavista del Cobre, a subsidiary of Grupo México, in a shocking act, spilled 10 million gallons (40,000 cubic meters) of copper sulfate and heavy metals into the Sonora and Bacanuchi rivers. This environmental disaster affected approximately 24,000 people directly and 250,000 people indirectly, in seven municipalities on the banks of the Sonora River, 25 miles south of the Arizona border.

On December 10, 2019, GVP Gary R. Allen walked the picket line with the unions in Kearny, AZ. “The mood of our members is one of resolve; they are tired of being marginalized after years of sacrificing their lives in harsh conditions. Our Union will stand by our members and support other Unions against this type of corporate greed,” said GVP Allen. “After entering into years of bad trade deals, our Government is now allowing foreign-owned Companies to plunder and pillage our natural resources for profit while oppressing American workers.  We as Americans, can no longer stand idly by while our workers fight; we must galvanize our hearts around the cause of justice. I’m asking that you support our workers by contributing to their Go Fund Me page.”

IAM Members at Toyota Vallejo have been on strike since September 20, 2019. Toyota Vallejo dealership is a family-owned business with employees who have been dedicated workers for 30+ years.  After nearly three years of negotiations, the techs at Toyota Vallejo are extremely frustrated that in a thriving economy with a successful business the employer refuses to come to a fair agreement. There has been no hourly wage increase since December 2013 and the employer is proposing that any newly hired technician pay ALL of the medical premiums for their families.  Their union security is being threatened making it clear that the employer’s intent is to get rid of the Union to gain financially, which only befits themselves.

GVP Gary R. Allen stated, “It is clear that this family-owned dealership, Toyota Vallejo, is more dedicated with lining their own pockets than to share those profits to the workers who help their company thrive and who are dedicated to ensure the business is run successfully. We expect this type of behavior from companies like Walmart, not in our own neighborhood; it is unconscionable.”

As the strike has rolled on, it was reported to the Solano County District Attorney that the dealership advertised for open positions without disclaiming there is a labor stoppage, which is against Labor Code. Additionally, Toyota Vallejo has several ULP strike charges against them.

Whatever you can give is greatly appreciated. 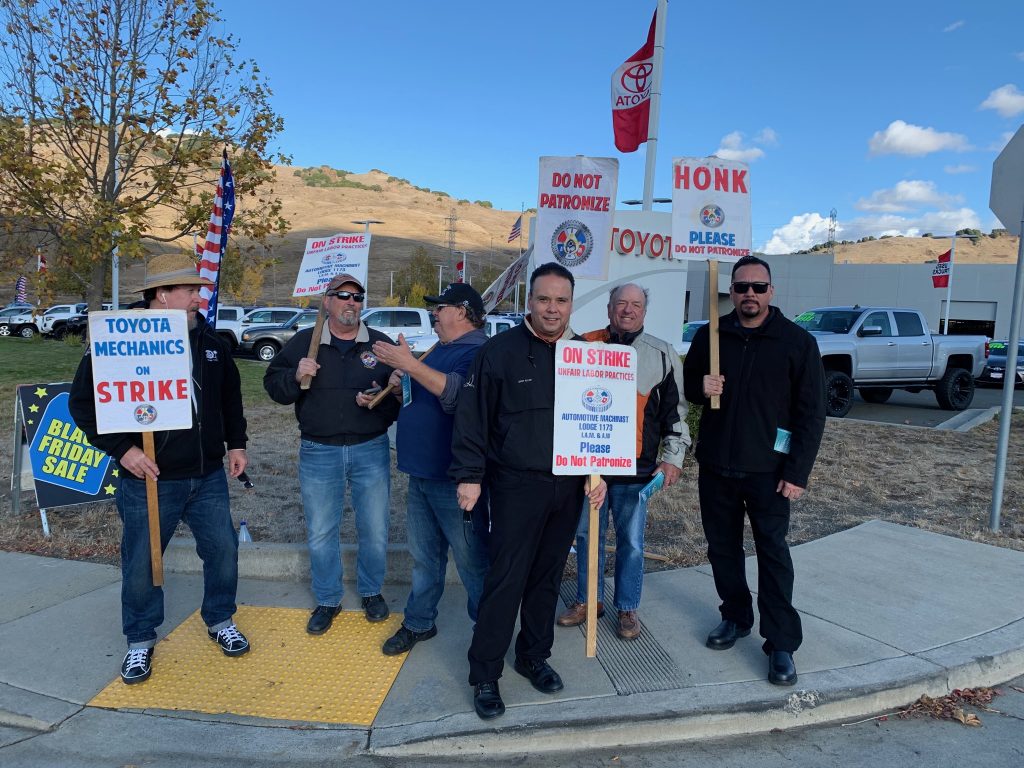 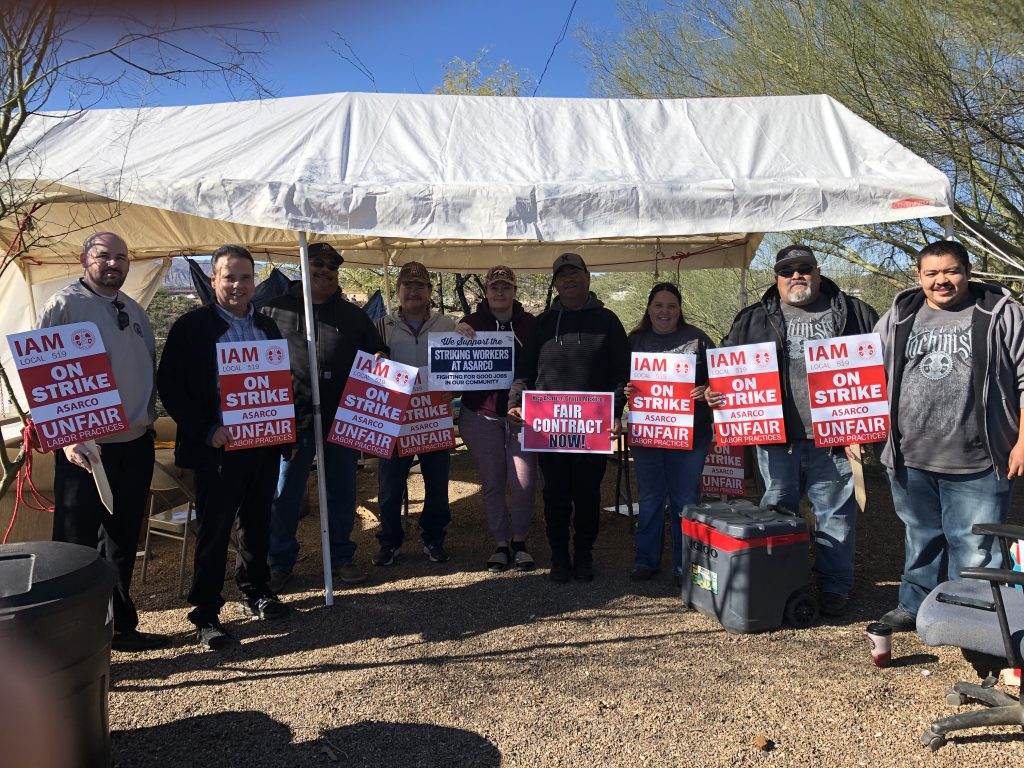