After rigorous preparation by the negotiating committee which represents nearly 700 IAM members working at three separate United Launch Alliance (ULA) locations across the USA, this week marked the beginning of negotiations for a new collective bargaining agreement.

“We want to build and launch rockets, that’s what we are here to do. And no one can do it as well as the group of ULA machinists who have spent decades of their careers honing their skills and expertise,” said IAM Aerospace Coordinator Tony Wirth. ”Our team is the best of the best, helping ULA maintain a 100% mission success rate for launches. We are ready to partner with this company to bring to fruition a strong contract which will benefit both sides.”

“We build and launch the best rockets in the industry and that’s because of the dedicated men and women who have spent their careers making sure ULA remains a leader in the aerospace industry,” said IAM District 166 Assistant Directing Business Representative Kevin DiMeco. “I am so proud of this negotiating team and how prepared they are to bring home the best IAM contract for the members they represent.”

The current agreement covers Machinists Union members from IAM Local 610 in Cape Canaveral, FL, Local 44 in Decatur, AL, and Local 2786 at Vandenburg AFB in California, with the current contract set to expire on May 1, 2022. ULA Machinists are the hardworking men and women who make sure this country’s launch capability remains second to none by not only manufacturing but helping to launch rockets such as the Atlas 5, working with NASA, DoD, and a number of other federal agencies.

“These members put their lives, and the lives of their families, on the line during the COVID-19 pandemic by coming to work every day and making sure ULA remained an aerospace leader even in the most tumultuous of times,” said IAM Aerospace General Vice President Mark Blondin. “They deserve a contract that compensates them for all they have given to this company. We are ready, willing, and able to bring home a strong, IAM contract with wages, benefits, and working conditions that mirror the success this company has enjoyed because of our member’s hard work and expertise on shop floors across the country.”

“I am very proud of our members who launch the most technically advanced rockets that keep us safe and make our lives better,” said IAM Western Territory General Vice President Gary R. Allen. “Our members’ world-class work deserves a world-class, top-notch contract.”

“For more than half a century, the members of the Machinists Union have left their fingerprints on every aspect of the space program. We are very proud of that,” said IAM Southern Territory General Vice President Rickey Wallace. “We enter into this negotiation knowing the path for success our members have already carved and how the IAM will continue to set the trajectory for the future of space exploration and for ULA. We will do whatever it takes to bring home the best, possible contract for our members who deserve nothing less.”

With the country and the industry watching, the IAM/ULA negotiations are set to last for about two weeks. Priorities for IAM members in this contract will be to maintain health care costs, job protections, secure retirements and make sure our contracts are the preeminent standard in the aerospace industry.

For daily updates from the bargaining table, you can log onto www.iamulanow.com. 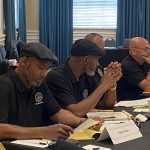 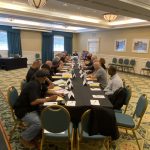 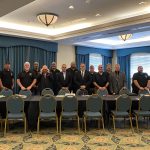 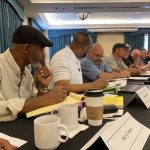 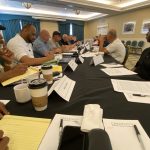 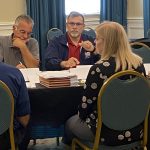 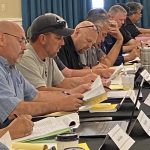 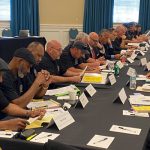 The post The IAM is Ready appeared first on IAMAW.