Buddy Boylan stands in the parking lot in front of his workplace at the Kennedy Space Center in Cape Canaveral and sees opportunity with a recent uptick in activity.

“After the space shuttle program ended, it slowed down here quite a bit,” said Boylan, an IAM Local 2061 member who handles fuel and other propellants for space crafts. “But now it’s getting on a faster pace — things are really picking up.”

Just across the massive roadway that includes the rocklined “crawlerway” lanes to transport monstrous space crafts to a nearby launch pad, Local 2061 member Bob Ruckdeschel makes a similar observation.

“We’ve seen the worse of it and now we are seeing growth again,” said the non-destructive technician with AECOM, adding there have been some new hires and more business. 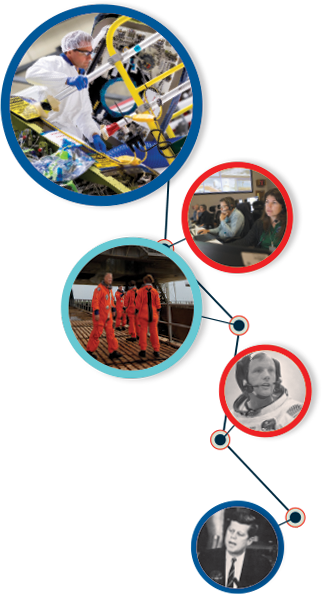 The buzz of passing vehicles and construction activity is an improvement from the years-long lull witnessed by longtime space center workers like Ruckdeschel and Boylan, also an AECOM employee. The two are among the roughly 1,500 IAM-represented NASA workers and contractors at the massive Central Florida campus that touches the Atlantic Ocean.

The area is home to many of the National Aeronautics and Space Administration’s historic exploration launches, like the Apollo 11 mission to the moon, which marked its 50-year anniversary in July. The campus, which houses hundreds of buildings and facilities for NASA’s space operations and support contractors, has faced some reshuffling due to years of federal budget cuts.

Today, the area is in the midst of a rebirth, of sorts. Large private firms, such as United Launch Alliance (ULA), Blue Origin and SpaceX are setting up shop or expanding there.

NASA has announced plans to go back to the moon and Mars in coming years by partnering with private companies. Such aggressive ambitions benefit the IAM, which is poised to organize scores of new workers connected to such missions, IAM officials say.

“For many decades, the Machinists Union has been synonymous with NASA and space exploration,” said Matt Griggs, Business Representative for District 75 in Alabama. “Our talented and experienced membership has aided with some of the earliest space explorations, and we expect to remain an integral part of missions to come.”

The construction activity at the Cape is an about-face from NASA’s slowed activity there amid a stream of federal budget reductions and the end of the agency’s storied space shuttle program in 2011.

Today’s activity is good news for the IAM, which has a longstanding part in the nation’s space exploration. The IAM is the largest labor union to represent NASA and its contract workers in places such as Alabama, California, Florida, Mississippi, Ohio and Texas.

Some of the benefits are already starting to show.

There have been dozens of new hires at companies like ULA, in addition to some strong collective bargaining agreements like the one covering the more than 300 employees from Local 2061 who work for PAE, Inc.

The workers for the base operations contractor recently ratified a three-year CBA with 12 percent increases over the lifetime of the pact, in addition to increases to the IAM retirement security plan.

Such a contract demonstrates the importance of the campus’ workforce, said Assistant District Business Representative Kevin DiMeco of District 166.

“This is an example of a contractor that wants to perform well here and wants a workforce committed to the job,” he said. “They’re the base operations and they cover a lot of area on that base to make it run. You want to have a good relationship and provide the services.” 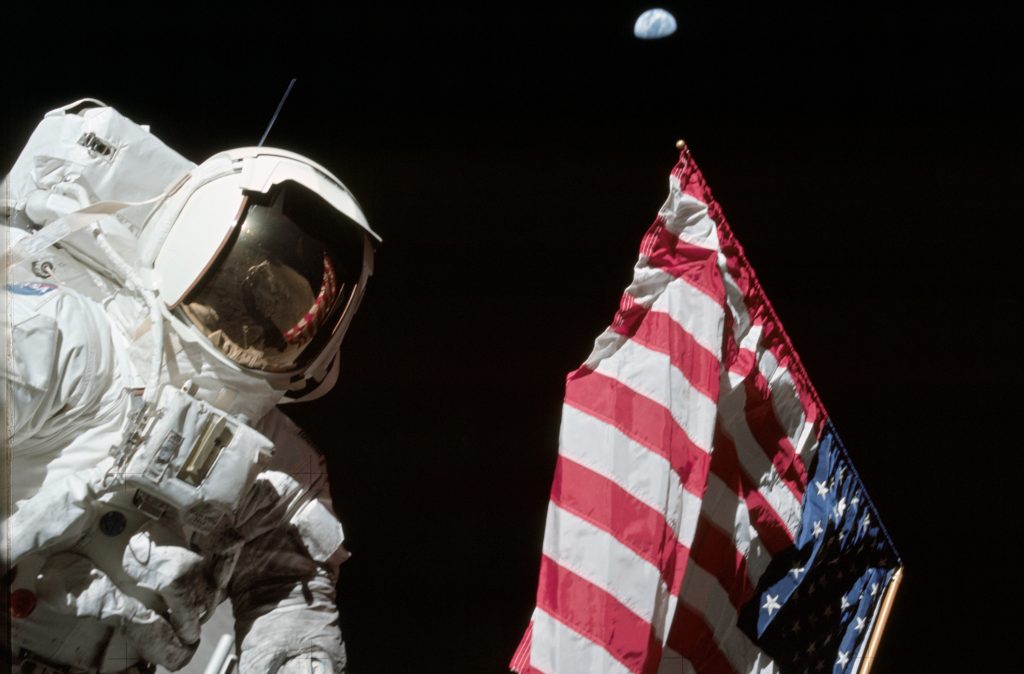 IAM INKED IN AEROSPACE HISTORY
The IAM’s roots in space exploration date back many decades. Gigs, like maintaining radar tracking operations for space missions, handling fuels and other propellants for the crafts, in addition to assuring the complex 6-million-pound crawler-transporter rolls rockets and shuttles to the launch pad without a hitch, are among their responsibilities. 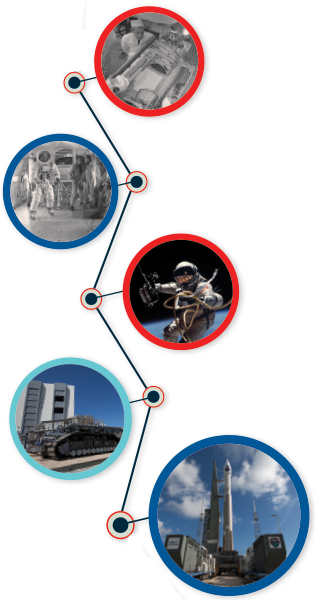 The July 1969 lunar landing was the achievement of a goal set eight years earlier by President John F. Kennedy, who challenged the nation to place a man on the moon before the end of the decade.

The IAM’s part in NASA’s missions lives on today with some of Kennedy’s words proudly hanging at the IAM’s District 166 hall in Cape Canaveral.

“Our nation is depending on everyone engaged in the space and missile programs to do all within their power to assure that work proceeds vigorously, economically and without delay,” Kennedy wrote then.

The walls also include several signed charters, many tied to aerospace missions that span from early days of the Gemini spacecrafts to the Apollo and later to the shuttle program. “We’ve been on the forefront of space since the 1950s and we are the leaders when we provide employers with some of the greatest skilled workers. There is a price in that,” DiMeco said.

“When there is something leaving the Space Coast, the IAM has had that mission in their hands.”

The walls at the IAM District 166 are just one example of the IAM’s longstanding presence in the nation’s space history, which touch on nearly every IAM territory.

For example, members of Local 743 in Connecticut were tasked with production of United Technologies Corp.’s custom-made space suits for astronauts in space shuttle missions.

Members of IAM Local 1786 in Houston played a role in the quarantine and decontamination process at the Lunar Receiving Laboratory at NASA’s Houston Center.

There are members of Local 2786 at Vandenberg Air Force Base in California, which is used for some ULA launch missions.

MEMBERS ENCOURAGED BY A ‘SENSE OF PRIDE’
Retired NASA contractors like Murray Caldwell cite prestige connected to the nation’s history of space travel.

Caldwell, the former president of the IAM Local 2061, held various roles at the Kennedy Space Center when he joined as a contractor in the 1970s. Caldwell favored his role with quality assurance.

“You were very hands on working along with the people doing all the stuff,” he said. “We needed a quality assurance guy to make sure they met all the parameters.”

Conditions in the space program are not always ideal.

Current and former workers describe continual concentration on and awareness of some posed dangers. That includes maneuvering small spaces, in addition to handling chemicals and other dangerous elements.

Caldwell describes how machinists are drawn to such challenging jobs by a “sense of pride.”

“You’re really proud of your job, especially when they had the shuttles. You’d see the shuttle when it came back and we’d be out on the landing strip or out at Edwards Airforce Base where it was landing,” he said. “It was dirty by then and it had black marks all over it from re-entry and it was good to see it when it was ready to launch all pristine again.”

Larry Washam, a former worker at the Y-12 National Security Complex in Oak Ridge, Tenn., describes the importance of the work done at the facility.

The Machinists there were responsible for producing the lunar sample return container, also known as a “moon box.”

“A lot innovation came from the space program and that was one,” Washam said, describing the seamless metallic container used to assure lunar material returned to Earth remain isolated in case they contained harmful material.

IAM LAUNCHES INTO ANOTHER CHAPTER
The IAM members are not just resting on the past. 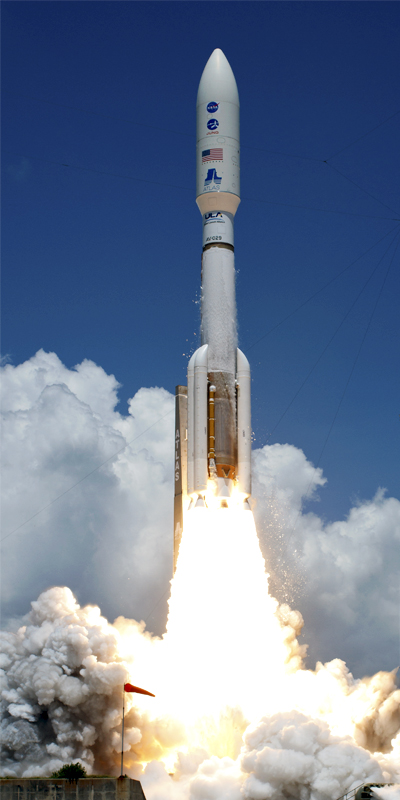 The craft was launched in 2018 with help from Members of IAM local 610 at Cape Canaveral.

The probe, which launched in 2011, was built by IAM Local 44 members at Lockheed Martin in Decatur, AL. It was also launched by Local 610 members at ULA in Cape Canaveral.

There’s more to come since NASA has selected IAM members at ULA to build and launch the Atlas V rocket to carry its next robotic science rover to Mars.

There’s been a flurry of other activity along the Space Coast.

Even though workers at companies like SpaceX are not organized, they’re tapping some IAM-represented labor for tasks such as tooling and handling propellants for space crafts.

That’s promising for spurring work for IAM members, and for potential organizing on the horizon.

“These new exploration missions will likely call for an expanded workforce at the Space Coast and elsewhere, all of whom would likely include IAM members,” said Johnny Walker, the former Directing Business Representative of District 166. “When space travel expands, the IAM grows with it.”

The post Up, Up and Away appeared first on IAMAW.